Conspiracy Theories are Great... For Your Game 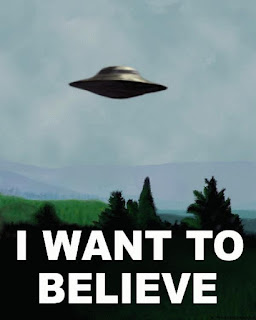 If you talk about alien abductions, shape changing pan dimensional beings and the secret cabal of the Illuminati in real life you probably need a psychiatrist. In real life conspiracy theories are ridiculous, but for role playing games they're great. Using conspiracies in a game add depth and a sense of mystery to a campaign.

Imagine playing a modern game where the Illuminati were the sinister group conspiracy theorists believe, and they were really trying to bring about a new world order. Throw in some David Icke pan dimensional reptilians and you have the makings of a great campaign.

Its fairly easy to translate conspiracies to any game world from our own world. Take the DaVinci Code, for example. Every scholar worth their salt knows the Da Vinci Code conspiracy is nonsense, but it does make for an excellent story, as Dan Brown's bank account can surely attest. But the premise is easily translated into a campaign. What if that famous prophet wasn't really what he's claimed to be, and the vast power structure of your worlds religion is based on a lie. Now the PC's have just discovered the scrolls that reveal the truth and are lost in the depths of the conspiracy trying to find their way out. Throw in some pan dimensional reptilians and BAM, adventure gold, trust me you'll understand in 2012.

There are thousands of wacky conspiracy theories out there to plunder for great adventure material. We all want to believe... just don't believe too much.

Do you use conspiracies in your games?