A Brand New Rule Of The Dice 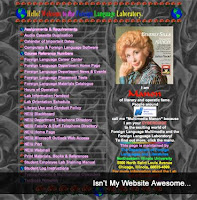 I finally got around to updating the site. I was never really satisfied with any of its previous incarnations, I found them, well, kinda ugly. Not that aesthetics should take away from content, but a nice design certainly makes for a more enjoyable writing and viewing experience. Man, I sound like an interior designer, which is only half as bad as a graphic designer, which I actually am, and is what I do for a living. So as you can guess there is absolutely no excuse for shoddy design work here.

I also dumped the Jack Crow moniker, because I realized I'm not in grade 10 and people won't steal my soul through the internet. So from now on I will be known as "Super Cool Arch Awesome Amazing Monster Slaying Game Mastering Master of Disaster Dude of Awesomeville", or John L. Williams (my actual human name. My Elvish name is too cool for anyone to know) for short. I also had to drop the Jack Crow moniker when I realized it was James Woods character in this awful movie.

I will be posting regularly starting next week. I hope everyone likes the new site.