April 22, 2010
I had it all planned. Three giant Trolls ambush the party using a tied up human as bait. Here was the set up:

This is what I saw as I was drawing it, ever so innocently: 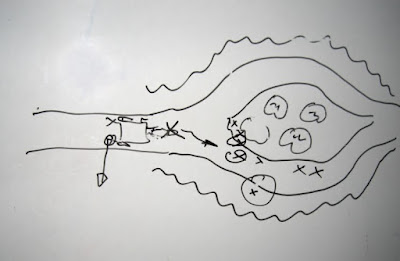 When it was ready I turned it so the players could see.


This is what they saw: 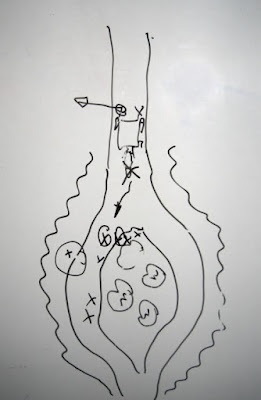 Yeah, you get the picture...

Lets just say there were quite a few "I'm going to jump into the bush jokes", and at least one "retreat to the anus" joke. Even with the joking we had a great game session. I would even venture to say that the joking actually made everything more fun, even though it was mainly aimed at yours truly.

Sometimes you've just got to laugh.