4 Reasons to Use Google RPG 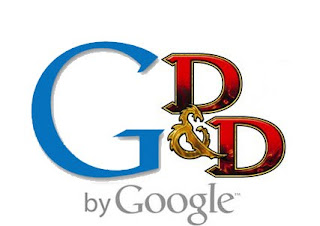 I often find myself without a regular local play group. For various reasons - distance, work and family commitments, apparently I'm a big douchebag so I can't make new friends - it's simply not possible to get a bunch of people together on a steady basis to play role-playing games. In absence of a local play group, I usually resort to PBEM - Play-By-E-Mail - which is certainly not the same as playing "live" but it works in a pinch.

For those of you unfamiliar with this high-tech yet archaic system, Joe Nelson mentioned it in a post a few weeks ago, but while he looked at online role-playing in general, I'm going to focus on PBEM. The idea behind it is that the DM (me) sends out the scenario or encounter via e-mail and the other players reply with what their character wants to do. The DM in turn replies to their character's actions and the story keeps going until suddenly you're role-playing! The reference to Google in the title refers to how that particular conglomerate's selection of tools (Gmail, Google Docs, Google Sites) combine to form a very handy toolbox for this sort of thing. (Yeah, I know there are websites dedicated to RPGs specifically, but I really do find the Google stuff easier to use)

Of course, playing like this has its own particular pros and cons you would never find gaming around a table. Today's topic of conversation is the advantages of playing in this manner. Here are my top 4 reasons to play RPGs by E-mail:

1. Play anywhere, with anyone, without worrying about schedules
That was ultimately the point of starting this in the first place.

2. I can jam a lot more background and story into it if I want to
When you're playing around a table and the DM goes off on tangents weaving his or her narrative or explaining background info or whatever schlock DMs think they can get away with, it's very easy for you (the players) to grow bored. You ignore them, start playing Atari (people still do that, right?) or scribble little flowers and/or bleeding skulls in the margins of your character sheet. 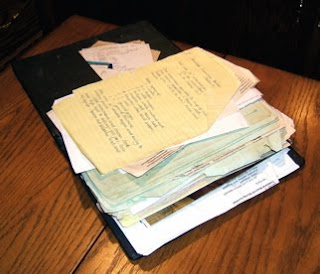 Player: You have 600 pages of background material for your players?!
DM: No, that's just the one for monks and clerics.
When you're playing via email, the DM can jam as much flavour and fluff as they want in there and the folks that want to read it can do so and everyone else can suck it. They can easily ignore it without being a distraction to those who do want to read it and thus immerse themselves in the vivid, living world the DM has painstakingly created. It's win-win for everyone.

3. Options for storytelling you can't get in table top
In any cool story, be it book, movie, stage show, video game or cave drawing, the heroes always split up. Sometimes you just have to do it that way for the story to work. Luke went off to find Yoda. Rand al'Thor goes off to do whatever bullshit it is Rand al'Thor does (do those books still come out?) The Fellowship actually only lasted for the second half of the first book, and that's the basis of our whole frickin' hobby. Yet in table-top RPGs, the number one rule is: Never split the party. Most people assume this rule is so that players don't spread their strength too thin and get wiped out by more powerful monsters.

I'm going to let you in on a little secret: The real reason you never split the party? Because it's way too much fucking work for the DM.

How can you convincingly play a group that's split up, working at different (possibly opposing) goals, without each group knowing what the other is doing? This is perhaps a whole article for another time, but in short: you write notes, you move some players to another room, and you generally jump through hoops to awkwardly do something that doesn't really work anyway.

In PBEM? You just change the addresses in the "To" box. You can send some of the characters off on a side quest, give out secret information to only one player, or describe seedy sexual encounters without embarrassing the rest of the group (see last week's post). It's a simple way to open up so many new story-telling options you can't do on a table-top. 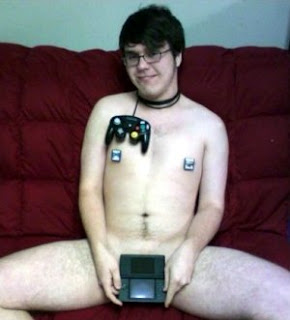 This guy totally has the wrong idea about digital role-playing.
4. It helps shy players be creative
I didn't think of this when I started, but I've discovered that the faceless medium of the Internet allows people who would be uncomfortable playing a racist metro-sexual borderline homosexual eladrin warlock in front of people a chance to play said character (and love it!) in text only. It's the same reason people play WoW and Second Life - you can be whoever you want to be without everyone else seeing the "real" you sitting in your underwear at your keyboard. Even if you know the other players, the distance created by the fiber optic wires between you still generates a weird sort of anonymity.

The huge advantage to PBEM over WoW (in my humble opinion) is that instead of just grinding the same stupid levels over and over again while listening to the inane chatter of pubescent illiterate punks calling you a noob, you actually have to be creative. You have to describe your character and their actions, and speak with their voice in character. It's a great exercise for your imaginative writing skills.

So those are some of the positive aspects of PBEM. I'm going a little long, so I'll save the negative aspects for next week (sadly yes, there are a few). In the meantime, if anyone has experiences with PBEM they would like to share (hopefully positive ones), I would love to hear them.