The 3 Stages of Gaming Life 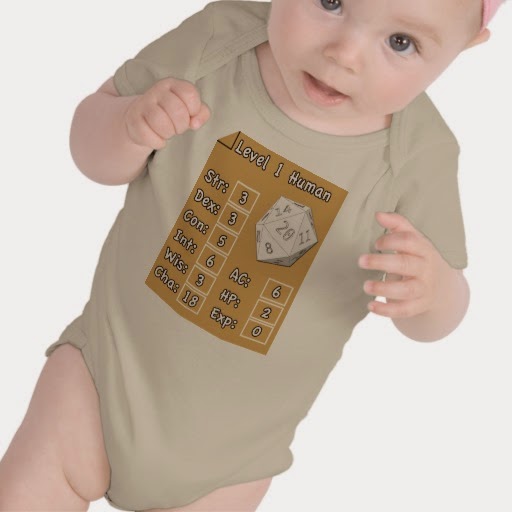 I started playing D&D when I was 12 years old. I wrote a detailed story about my first days in gaming back in one of my very first posts on this site. Recent events in my gaming life have gotten me once again thinking about those early days long ago, and especially how it has led me to where I am today.

By my best estimates, I started gaming in the summer of 1992. I'm now 34, with 22 years of gaming in between (look, I can still do math!). I think I can safely break by gaming years down into three distinct "stages" (or "Ages" for you Tolkien folks).

1. The Golden Years (1992-1998)
Ah, the blissful freedom of youth. After I picked up D&D (AD&D 2e, to be precise), Marvel Super Heroes, Palladium's ROBOTECH and Rifts, Vampire the Masquerade and West End Games Star Wars all quickly followed, and pretty much consumed my junior high and high school years. All my other interests (guitar lessons, Boy Scouts, school choir, etc) fell by the wayside as I filled all of my free time with RPGs. We played several times a week, and any time we weren't playing I was making characters, monsters and running solo games. The margins of my school notebooks were covered with doodles of swords and wizards and orcs. This is around the time I also really started getting interested in writing, and of course 90% of what I wrote was fantasy fiction. All these years later I cannot conceive of how much time I spent wasted on this stuff. These days I cannot even fathom having so much free time as I did back then.

2. The Dry Years (1999-2009)
In 1999 I moved from my hometown in Newfoundland to the big city lights of Toronto for university and gaming dried up for awhile. To be fair, it wasn't completely absent from my life. My then-girlfriend (now wife) got into Vampire the Masquerade and I ran some solo adventures for her. There was a brief resurgence in the summers of '01 and '02 when I was working at Canada's Wonderland and we re-lived the glory days of youth playing D&D almost every day like nerdy teenagers again. But as the decade went on and people grew up and developed lives, time for gaming became scarce. RPG nights went from weekly to bi-weekly to monthly to a few times a year. Play-by-email became my only regular gaming fix. Probably not coincidentally, with less time to game I spent a lot more time writing, and finished like 8 novels during that period (I'm hoping you may be able to read one or two of them soon!). At the end of 2009 I moved from Toronto to Ottawa, leaving the last of my gaming friends behind, and it looked like RPGs would be completely lost to me.

3. The Rebuilding Years (2010 - present)
Unbelievably, despite now being a full-fledged grown-up (wife, kids, mortgage, car, office job, etc), my gaming has been on an upswing the last few years. At first I played with my in-laws - they lived nearby and it was relatively easy to get together for a game, though now our kids are getting to ages where it's a little more complicated to schedule. I went down to the local university to sit in on some Encounters and Living Forgotten Realms games during the height of 4th Edition. Writing on this blog has helped, because it keeps me interested and forces me to keep an eye on the online community. Finding the chance to play online via Roll20, Skype and Google Hangouts has been a huge opportunity, because it has allowed me to not only play with my buddies from Toronto, but to also get back in touch with high school friends I haven't spoken to in over a decade, AND I've met some new folks, too! Honestly, I don't know how I've found the time to do as much as I have, especially this past year (only sleeping 5 hours a night helps) and I have no idea how long it will last - I suspect with the second baby on the way that there will be another enforced lull in the near future. Still, if I have enough kids I'm hoping that in a few years I'll have enough bodies to fill my own gaming table and I'll start the Fourth Age - The Family Gaming Years.

I don't want to get too far ahead of myself, though. Hopefully I still have a few good years in the current stage. But it's funny the way life works, and how it changes. I often hear people describe their lives in the stages of money or kids or responsibility, I never thought about it in terms of gaming.

What about you, of faithful readers? How has the Passage of Time affected the ebb and flow of this, our most illustrious hobby for you?