Anyway, I started statting out the material from the movie in a system I know (Star Wars D6), comparing it to existing material in the system as a baseline. The new movie had X-Wings - great, I'll just compare them to X-Wings in the old system. We also have TIE fighters. Okay, same deal. And Star Destroyers. And the Millennium Falcon. 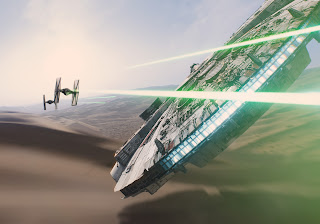 Does the square satellite dish add or subtract from the Falcon's maneuver check?

I had to stop to think: Were there even any new ships? Kylo Ren's shuttle, I suppose, which is probably not that far from a Lambda-shuttle (the one the crew stole to sneak onto Endor). Some troop drop ships, which are non combative and don't really need stats. Han Solo had a new ship, but I don't remember if they even showed the outside of it onscreen or even gave it a name. 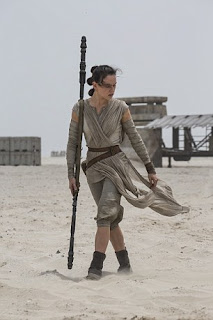 So what we're left with is just a bunch of new models of old spacecraft. Great, except what is the point of "updating" the numbers, besides creating a Pokemon-level of power creep? Sure, the new X-wing is faster, and probably has better weapons. But so too does the new TIE Fighter, right? So rather than "improve" the stats on both, why not just leave them both the same? Their comparative ratios should remain pretty consistent. Why completely redesign something that is essentially the same ship with a new coat of paint?

Same goes for the characters. What kind of new classes/templates could the players create? Jedi are still just as rare (if not moreso) than in the original trilogy, so they're out except as (maybe) poorly-trained apprentices. We still have the same pilots/smugglers/scoundrels/Resistance fighters. For enemies, we still have Stormtroopers and "Imperial" officers and pilots. The only new enemies are the Knights of Ren, which we know literally nothing about. Are they all even Dark Jedi? I would have to take major liberties if I wanted to use them in a game.

(I think we got one new droid. I guess I could stat out BB-8. His speed and maneuverability is hugely improved over R2, but he doesn't seem to have as many cool gadgets.)

The conclusion I came to is that I could just take the stats from everything whole-cloth from a Rebellion-era RPG (either D6, WotC's d20 version or Fantasy Flight's awesome Edge of the Empire) and just change a few names. Boom, now I have a Force Awakens game. I find this incredibly disappointing. Is it less work? Absolutely. But it's also no where near as fun. 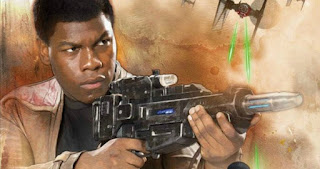 Side note: As my wife so astutely pointed out, why didn't Finn ever say:
"Damn, I can shoot so much better without that stupid helmet!"

Say what you will about the prequels (no seriously, go ahead, they were terrible movies) but at least they gave us a plethora of crunchy, game-able material. Every Episode from 1-3 gave us hundreds of new ships, droids, characters, weapons and aliens. Sure, it was probably just to sell more toys, but it was a treasure-trove for gamers.

I have to reiterate: I enjoyed the movie, I just didn't see a lot of gamey-material in it. How about you? Did you go home and try to determine if the new X-wings have a movement rate of 9 or 10? Do the new TIE's have shields? Has the Falcon's weapons and armour been updated over the years to match the improved capabilities of the those ships? Or should we just scratch out "T-65" and replace it with "T-70" and replace "Rebellion" with "Resistance" and just go with it?
D6 DIY RPG Star Wars