July 19, 2011
(This is my contribution to the July RPG Blog Carnival. Click on that link for more Bad Ass Gaming.)

Many years ago, a kind man named Juan Sanchez ran a coffee plantation in Columbia. He was very generous to his employees, and loved them all like his family, though his most prized companions were his four young faithful donkeys, whom he raised like his sons (his real sons having moved to Europe so they didn't have to live like slaves on a fucking coffee plantation). Juan spent every day with his donkeys, caring for them and cheering for them as they carried their heavy loads of coffee beans down from the mountains.

One day, while Juan and his donkeys were walking their mountain paths as they had a thousand times before, a gang of Yakuza ninjas jumped out of the jungle and attacked them. The Columbian drug cartels had drawn the ire of the Japanese mafia, who had sent the assassins to deal with their enemies. The ninjas mistook Juan for a drug dealer and stabbed him through heart while his faithful donkeys honked and brayed helplessly.

The ninja, thinking the donkeys could be used back home in one of those shows they had seen in Mexico (the Japanese of course being very open to other cultures when it comes to sexual perversions), packed the beasts up and sent them to Tokyo.

The Yakuza never expected the donkeys to escape.

They never expected them be accidentally exposed to a top-secret government radioactive mutagen, that would transform the donkeys into intelligent, humanoid mutants thirsty for revenge.

They never expected the donkeys to seek out a rival ninja master, to teach them how to extract that revenge...

They're the world's most fearsome biting team. Also, kicking, braying and stinking.

So who are our Bad Asses? Let's introduce them. 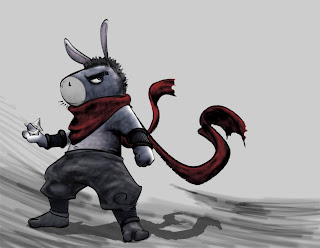 Warhol is cool, calm, devoted leader of this motley crew. He trains harder than his brothers, and while the others will jump into any battle or fight without provocation, Warhol will act as the voice of reason when necessary. His weapon of choice is the nodaichi (two-handed greatsword), but he also enjoys pottery, gardening and slam poetry.

Pollock is the gritty, brooding loner that all the mutant donkey ladies want to be with. If anything, he is an even more talented warrior than Warhol, but his temper and bad attitude often gets him in trouble over his head. His weapon of choice is the kama, and he enjoys smoking, watching UFC and pornography. 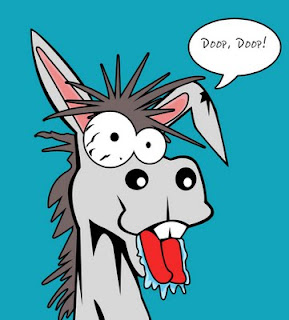 Every team needs comic relief, and that generally falls to Dali. Some walk a fine line between genius and insanity, but Dali somersaulted over that line years ago. Having eaten a sack full of cocaine when he was a baby (they leave bags of cocaine lying around in Columbia, right?), Dali's brain never matured properly and he is prone to hallucinations, and often speaks in slurred, broken speech. Still, he is fearless and fiercely loyal to his brothers. His weapon of choice is the manriki-gusari (hooked blade and chain), but he is just as likely to beat opponents to death with a mailbox, a shoe or whatever's handy. He is also obsessed with Woody Allen movies.

Had he not been born a donkey, Lichtenstein would have revolutionized the field of computer engineering. Able to remotely hack coffee machines from half-way around the world (and other ridiculous feats of technology that Hollywood would have us believe are possible), Lichtenstein can also build a jet pack out of coffee cans and a cigarette lighter. He is not as fierce a warrior as his brothers, but when you can build a nuclear bomb from items you find under your sink, you don't have to be. When he is forced to fight he prefers a naginata (pole arm) to keep his enemies as far away from him as possible. He also likes to play the cello.

So what do you think of my contribution to Bad Ass Gaming? I hope I wasn't too esoteric. Maybe I should have been more literal... 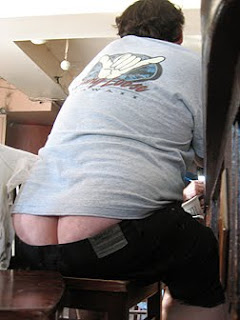 Actual Game Master Ass. That's pretty bad, but not as bad as this.
WARNING: Do not click on that link.