For reference, a Kitsune is an intelligent, personified, sometimes anthropomorphic fox spirit. Each player gets the play their own Kitsune, and wield weird magical powers in a variety of settings and periods.

First, let me get this out of the way: 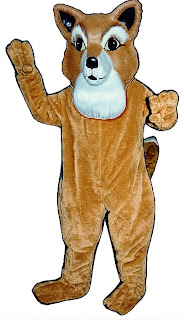 Yeah, you know where this is going...

While I want to be supportive, and I want to write a serious review, I cannot get past the fact that this is essentially Furries: The RPG. Yes, those guys and gals that have a fetish for dressing up and pretending to be animals. What other audience could this game possible target? The only player characters are foxes, and you spend the whole game going about doing... fox things. Sure, you may fight some bad guys or something along the way, but the majority of the game just seems to be about hanging around talking about how awesome it is to have a tail. Or many tails, since Kistsune gain extra tails as they grow in power and experience. They're like experience levels. In tails form.

If you can get past the image of people having sex in Muppet costumes, there is actually some cool game stuff in here. 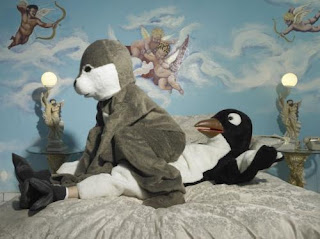 No seriously, just ignore this part.

First, the game uses 12-sided dice exclusively. The d12 doesn't get nearly enough love in gaming circles, despite having some impressive mathematical properties (such as being divisible by 2, 3, 4 AND 6), so it's nice to see someone going out of their way to make the d12 matter.

Second, this Story Points System is actually pretty sweet for those who want to role-play and tell stories (ie, people who don't play D&D 4E). Basically, the game master sets up the scene as usual, but then the players use their Story Points to steal control of the scenario and take the story in the direction they want to go. This is not entirely a free-form, collective story-telling exercise, though - there are very specific rules on how to take control, and there is strategy to it. It's like the players' main antagonists are not thoughtless humans encroaching on their sacred lands, or dry-cleaners asking what these weird fucking stains are on their Disney-style character costumes, but the Game Master himself. In a weird way, this game actively promotes conflict between the players and the GM in their drive to tell the story, and that's just kinda awesome.

There are some flaws (besides the elephant - I mean, accountant-in-a-bunny-costume - in the room), though I love that they used the d12, it was a completely arbitrary choice. As general rule, you succeed at checks on rolls of 7 or better, which means you could just a d6 with a success on 4.

Another beef I have, and I admit this is totally a personal opinion (but since this is a blog, fuck it), is that I'm not impressed with the setting. It just seems kinda vague to me. Sure, it has sample antagonists, and a fairly-detailed example of play, and an extensive history of feudal Japan cribbed from Wikipedia, but on a whole I still don't understand how you would play this game, and certainly not how you would run an extended campaign. 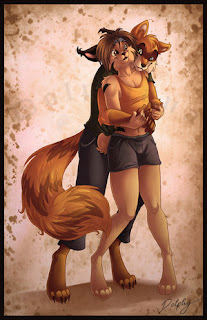 Honestly I have no idea how to work this into a game.
I cannot stress enough that it's probably just my taste, but lists of historic Japanese dates and evil spirits does not make me want to pretend to be three-tailed fox. Maybe someone who is more into Japanese mysticism or LARPing in second-hand Disney costumes would get this game, but overall this is just not something I could get into.

Overall, I think this game has some good points. It has kitsch appeal, and the Story Point System contains some untapped brilliance. Unfortunately, the game is marred by a weak (at least in my opinion) setting, and is a little overpriced. Even the PDF on RPGNow costs $15, which is too much for what feels like an incomplete game.

Still, if you A) like me feel the urge to support Canadian game designers or B) have a thing for pretending to be animals, you may want to check out this game. 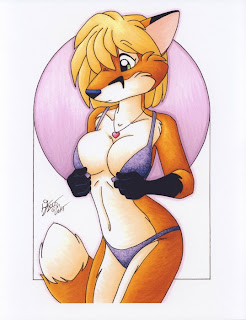 No, really. If this does it for you, then man, have I got that game for you...