Sexy.
Of course, the holiday I'm referring to is Valentine's Day, and the special theme is lovin' and bangin' in role-playing games. For those of you who are uncomfortable with this topic, you can stop reading now, and go here instead.

Does love and sex have a place in table-top role-playing games? It obviously has a place in video RPGs, if Final Fantasy VIII and Dragon Age are any indication (WARNING: That second link is probably NSFW). But many players are uncomfortable acting this at the table and I can't really blame them. Sitting around the dining room table with four other sweaty guys drinking Dr. Pepper and eating Cheetos can make it hard to look into your friend's eyes and profess your undying love for him - I mean, his character, Mistress Clitoria Hexblade. It's just really difficult to take it seriously. I ran a game once where one of the characters was trying to seduce a princess, but he kept giggling as we role-played it. "I keep seeing this hot chick with your head on her body," he told me.

Even if you're lucky enough to have players of compatible genders and sexual orientations, this can still become awkward. I guess it's fine if the players who are significant others in real life have their characters become involved, but what about if those characters get involved with someone else? I currently play a game with my wife, her sister and my brother-in-law. Am I supposed to role-play a relationship between my sister-in law and an NPC with her husband and my wife sitting at the table? Picture Abed and Annie on Community in the D&D Episode (Jump to 2:00 for the scene in question, but the whole episode is pretty awesome). Now picture how weird family dinners and special occasions would be at our house from then on. 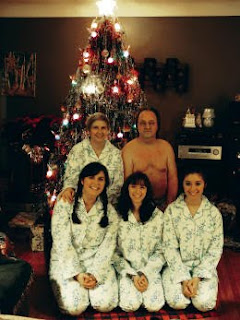 Like this. But more awkward.
What happens if the parties involved don't want to just describe what their characters are doing to each other, but want to roll dice for it? Since there are rules in RPGs for everything from fistfights to diplomacy to turning on a computer, should there be rules for sex? There have been a number of fascinating and interesting books written on the rules for intercourse in D&D. While they're great reads, they're far more useful in theory than in practice. The rules they suggest, while hilarious (and in some ways frighteningly realistic) really don't add any romance to encounters.

Player 1: I roll a 19 on my Constitution check. I can keep going for another round.

Player 2: I fail. Sorry, you're going to have to keep going.

Player 1: Dammit, I can't keep this up all day.

DM: Wait, Player One, how big is your wang again?

Player 1: Um, 11 inches. I rolled it fair when I made my character!

DM: Whatever. That gives you a +2 to your TTC checks, Player Two.

Player 2: Awesome! We'll get this right yet!

I tried these rules a couple of times and just gave up. It was much less embarrassing and painful to just say, "You go upstairs with the barmaid. You come down an hour later and she has a satisfied look on her face."

Sometimes you just can't win.
Despite the awkwardness, some players still insist on charging forward with romance like a bull in heat through a sex toy trade show. I ran a Call of Cthulhu game once where a male player, playing a female character, spent the ENTIRE session getting ready for a date, acting out the date, and then taking the guy home, all while the other players fought for their lives against the unspeakable forces of madness-inducing darkness. That takes commitment. Of course, being Cthulhu, she also ended up being the only character to survive the game, so maybe that was the player's intention all along.

Has anyone else had better luck incorporating love, lust and related paraphernalia into their games? If not, feel free to share more hilariously awkward stories. National Flag of Canada Day is a perfect opportunity to reflect on the foibles and flubs of imaginary sex. 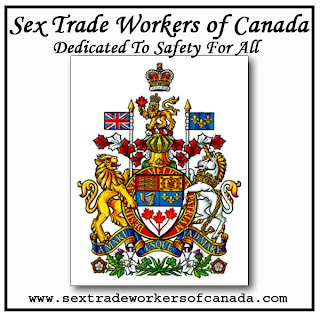 Or to reflect on the rights of sex workers.
Happy Valentine's Day! Now go roll some dice with that special someone in your life.