2 Simple Rules for Being a Teenage Game Master 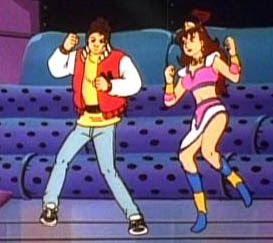 I don’t claim to be an expert Dungeon/Game Master. I’m not bad, and while I’ve been doing this on and off for years, I haven’t had time to play four times a week since I was seventeen. I recognize that I’m probably behind on those 10,000 hours it takes to master a particular skill. However, I have played a variety of games over that time: some great (Star Wars d6, Most version of D&D) and some god-awful (anything with Kevin Siembieda’s name on the cover). I’ve also played with a huge variety of people: from old-timers who actually played with Gary Gygax (and Kevin Siembieda, ironically) to non-gamers playing for the first time, to WoW addicts going through withdrawal to my 10-year old sister. I’ve probably had a much higher female-to-male ratio at my tables than most, which may have coloured my perceptions (and probably instilled much better manners) and I’ve led groups ranging in size from as few as 1 player to as many as 12.

(What did I learn from playing with 12 players? Don’t play with 12 players. Just don’t. At best, you end up playing with 3 or four guys while everyone else wanders off to play Nintendo or carve their initials into something. At worse, you become the referee in the middle of a no-holds barred, gloves-dropped hockey brawl.) 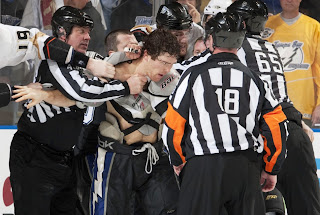 Everyone knows this one. It’s in all the rule books: it’s just a game, don’t take it too seriously. When the rules fail you, make a decision to keep the game moving and to keep it fun.

What many people may miss is that “fun” is very different for different people. For some people fun is driving out to a fair to get ice cream and to play ring toss with their children. For others, fun is having a total stranger wearing a latex mask perform bodily functions on them. Similarly, no single game system or style of play is going to appeal to everyone. One player's "fun" is another player's "oh-my-god-if-you-describe-your-character's-jiggling-bosom-one-more-time-I'm-going-to-punch-you."

For some players, fun is kicking open the door, rolling buckets of dice, and having the GM tell them how many experience points and how much treasure they won. For others, it’s weaving a long and intricate story while fully immersing themselves in their character and gently dabbing the tears from their eyes as their comrades applaud their masterful performance. Some people even have fun arguing endlessly about the rules. For example: whether or not they can actually shoot the gun out of the bad-guy’s hand while blindfolded and riding a horse, whose reins are in their teeth because they are simultaneously fighting off a knife-wielding bandit with their other hand. 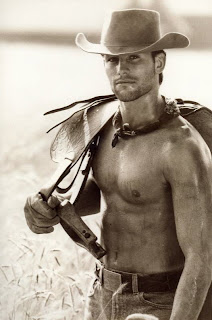 Well, this guy could do it, anyway.

Because there are so many different definitions of “fun,” we need the second and I believe far more important rule:

2 – LOOK AT THE PEOPLE AROUND YOU. IF THEY’RE NOT HAVING FUN YOU’RE DOING SOMETHING WRONG.

This goes for GM’s and players alike. If you’re enjoying yourself while everyone else is bored and/or frustrated, what’s the point of playing a social game? Why not just go jerk off? Seriously. If you’re a GM running an adventure/campaign into which you have put hours of work but which your players don’t enjoy, then you’re doing something wrong. Or maybe you're just in the wrong group. If you’re a player being a git to get attention and trying to be funny but you’re just annoying everyone else, then you’re also doing something wrong.

I played at an organized event a while back where someone showed up expecting to DM, but because we were short on players he ended up joining the party. He obviously didn’t want to be a player, and subsequently acted like a jacakass all afternoon.

Now, it is customary for a GM who doesn’t get to play much to act up a little when he gets on the other side of the screen. It’s okay and even expected to harass your GM a little bit (especially if they’re new and look like a crier). It’s not okay to attempt to derail the game by wasting time and going out of your way to actively screw up the adventure for everyone else. Wandering off on personal (useless) missions, harassing or outright attacking NPCs without provocation, and stealing the focus from everyone else when they attempt to do something productive or fun are all really jerky things to do at any table.

Everyone is there to work together and have a good time. Be respectful of the other players. Some tables may enjoy beating up/maiming/killing/pillaging NPCs for no reason, or arguing for hours about whether or not that goblin sharpshooter has line of sight to their warlock. Many do not however, so if you find yourself in a situation where everyone around you looks bored or annoyed, ask yourself if you could be doing something differently. The answer may surprise you. 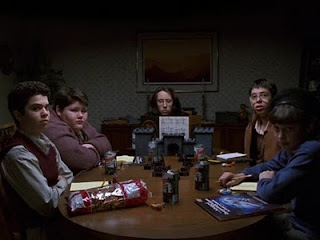 Are these guys having fun? No, really, I can't tell.


Actually, these rules apply to any game master or player, regardless of age, but I wish someone had explained them to me when I was a teenager.
Does anyone else have suggestions for having fun at the game table? Or even better, stories about people who thought they were having fun but were actually annoying/embarrassing/pissing off everyone else at the table? (Bonus points if the annoying player was you). John posted some great rules for new players a couple of days ago. After you've master these, you may want to think about those.