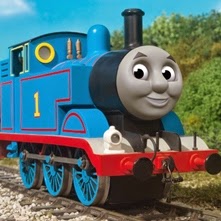 Why? Short answer: Because I can.

Long answer: Because I'm still learning FATE and the best way to learn a new system is to tear it apart and make something new with it. Of course, the cool thing about FATE is that's the whole point - you're expected to tinker with it and make it your own.

I chose Thomas specifically for a number of reasons. First, a cursory glance shows no other Thomas homebrews out there. (This is a pretty awesome list of other FATE hacks, though)

(Fun aside - someone tried to make a Thomas video game RPG on Kickstarter a few weeks ago, which was quickly shut down for copyright reasons. +John Williams - I apologize in advance Gullane Entertainment shuts down Rule of the Dice for this)

Secondly, I've been watching a lot of Thomas with my son lately so it's at the front of my mind. The trains of Sodor live in an incredibly detailed and expansive world (a world with an insane amount of railroad on an island only 60 miles across). Plus, Thomas seems to have a lot of dedicated fans - The Wiki is expansive and exhaustive, and a great resource for anyone wanting to play this game.

Anyway, here are my first thoughts on how to make a Thomas the Tank Engine RPG for FATE Accelerated. This is a work in progress, so suggestions and comments are welcome. 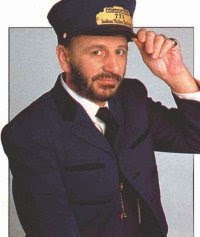 The GM should be referred to as Mister (or Missus) Conductor. If he or she can speak with a British accent, all the better.

The players (the trains) should however also be encouraged to call Mister Conductor "The Fat Controller" at every opportunity.

Each player should play one of the anthropomorphic "Trains With Faces" that live and work on the Island of Sodor. Alternately, they may be able to play one of the other vehicles (like Harold the Helicopter or Bertie the Red Bus) but for simplicity I'm going to stick to the trains.

Each character's High Concept should include what kind of locomotive he or she is. The engines of Sodor are very concerned with class, and your engine's type not only affects his strengths and limits, but also strongly affects how the other locomotives will act toward you. 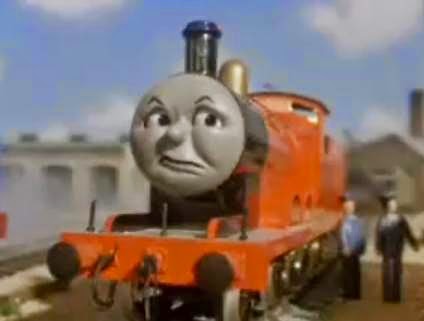 Tank Engine - A tank engine is a steam locomotive that carries its water in one or more onboard water tanks. It may also have a bunker to hold combustible fuel. The advantages to this configuration is its compact size, faster accelaration (due to the water being closer to the boiler and constantly heated) and the ability to run at full speed in both directions. For all of these reasons tank engines are favoured for industrial tasks such as shunting cars in a trainyard.

Tender Engine - A tender engine is a steam locomotive that carries its fuel in a tender car behind the engine. It is much larger and generally more powerful than a tank engine, the larger fuel supply allowing it to travel longer distances at greater speeds, but of course its size limits its maneuverability on tight turns and it is far less useful for shunting.

Diesel Engine - The more powerful diesel engines have not overtaken the railways of Sodor like the rest of the world due primarily to Sir Topham Hatt (the owner of the North Western Railroad) and his preference for the "old ways" and the "cleaner" and more traditional steam locomotives. The steam engines of Sodor are particularly distrustful of diesels, calling them dirty and lazy. This distrust has led to the diesels being argumentative and downright hostile toward the steam engines.

Tram Engine - A tram engine is a steam locomotive specially built or modified to work on a street tramway. They are governed to low speeds, do no emit smoke or steam, and are required to keep machinery concealed and to run as silently as possible. This results in obvious advantages and drawbacks. On Sodor, tram engines are not common and are considered old-fashioned and quaint.

Here are a few other sample aspects, just to get you started:

The standard approaches for FATE Accelerated work well, except I renamed two of them to better fit the theme: 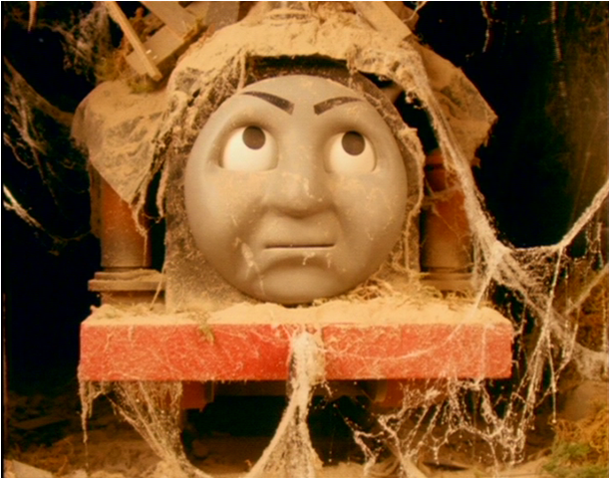 Handled normally. Consequences will be injures and damages to your train, such as busted wheels, over-heated boilers, an injured fireman, etc. Appearance is very important to the trains of Sodor, so something as simple as scratched paint or muddy bumpers could be considered at least a Mild Consequence.

Being "taken out" is a derailment, of course. While derailments on Sodor are frighteningly common and usually spectacular, they are rarely life-threatening for the trains. The will be back in an episode or two, more or less as good as new, though it is common for a rebuilt train to have a few bugs that must be worked out. Even after a train is repaired/rebuilt, any Severe Consequences should remain for a few sessions, a lasting reminder of their failure.

The way I see it, there are two ways to run Thomas the RPG: 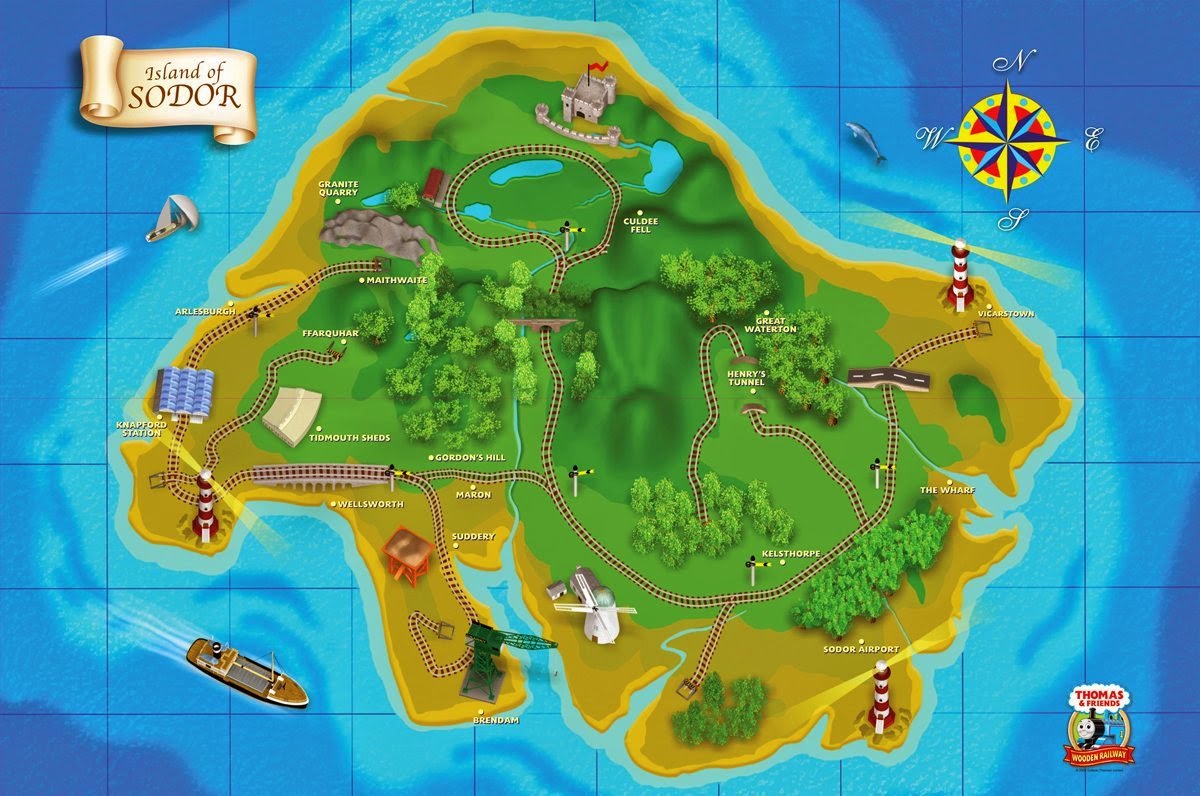 The sessions of the game are run just like episodes of the television show or stories in the books. Mister Conductor gives the player characters a task or series of tasks to complete, and they must either work together or separately to complete them.

Tasks will usually involve moving objects or people from one part of the island to another, possibly with a time limit. There will of course be complications to the task, such as damaged tracks, or farm animals blocking the route, or the object not being ready (or in the wrong place) at the appointed time. The players will have to decide how to get around these obstacles and complete their job.

The important thing to remember in this version is that Usefulness is the most important thing in the world to these engines. They exist only to be the best they can be at their jobs. This creates competitiveness between the engines, as each of them strive for Sir Topham Hatt's approval as well as the honour of being the most Useful Engine on Sodor.

Failing a task is a huge mark of dishonour on an engine, and should be considered at least a Major Consequence that the character must live with until he redeems himself through hard work and determination. Fear of failure is so great that even engines that are normally friendly will sometimes leave an ally behind if it means the difference between succeeding or failing at their assigned duty. 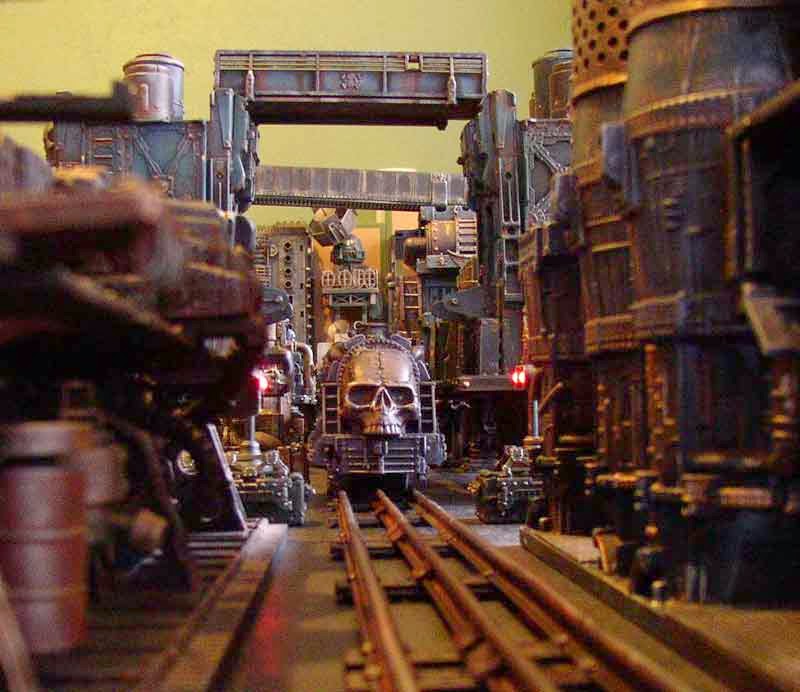 This is a gonzo version of Thomas the Tank Engine where the steam locomotives and the diesels have finally engaged in a full-fledged war. The Government of Britain has kicked Sir Topham Hatt out of power for his backward ways and ordered the diesels to take control of the railway. The players could be the steamies, fighting for survival, or the diesels, finally seeking revenge for years of mockery and subjugation.

While wildly inappropriate in normal circumstances, in this version you would be encouraged to mount machine guns and rocket launchers on your engines.

Usefulness is still important to the engines, but it means something different now. For the Steamies, being Useful means being able to keep your friends alive. Sometimes sacrificing yourself for the greater good is the most Useful action your engine can hope to achieve. For the Diesels, Usefulness is completing the orders of your superiors and fulfilling the ultimate task: conquering Sodor. Again, if you must sacrifice yourself to fulfill this goal so be it - your Usefulness will be honoured and remembered for generations to come.

That's the game and setting in a nutshell. I still need to compile a list of sample stunts and some sample characters. I've also considered making "Usefulness" a full-fledged mechanic (or maybe renaming Fate Points "Usefulness Points" or something like that). Something to really make it a living and important part of the system.

Again, this is just for fun, and any comments and suggestions are welcome.