An Apology to My Players 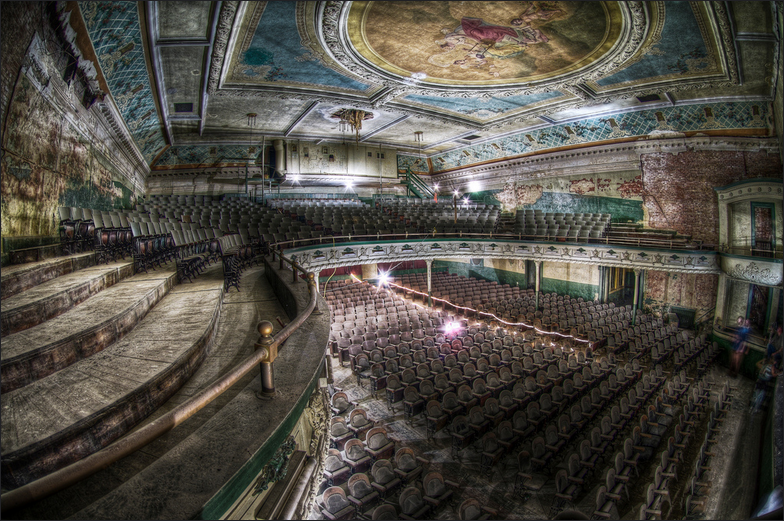 A few weeks ago I shared a story of my game leading up to the climax of the adventure - a big theatrical performance where the player characters would become part of the show as they fought to keep the star alive whilst he was being attacked onstage by assassins, all without letting the audience in on what was happening.

It kinda worked. On the one hand, a few of the players stepped up and performed some songs to keep the show going in spite of it all falling apart around them. A few others had some good plans to keep themselves alive (and other bad plans, like murdering a bunch of priestesses). The problem was that, being PBEM (Play-By-E-Mail), we were at the mercy of how quickly people responded and added to the story to keep the game going. I don't like forcing arbitrary deadlines because while I know it would push the game along, a lot of my players are busy and they just do this for fun - it's not meant to be a big commitment. I'm sometimes late myself.

Anyway, June ended up being crazy busy in real life for everyone so posting in the game was sporadic. Sometimes days, even up to a week would go by without a response from anyone. Maybe I should have put the game on hold, but from experience putting a PBEM game on hold is not much different than ending it - it never comes back the same. So I soldiered through, but because so much time was passing between posts it really felt like we were losing the tension and the excitement that the climax should have. To counteract this, I kept adding more and more complications to try and ramp up the suspense. More bad guys. More secret plots. More compromising situations without a reasonable solution. It got kinda ridiculous and then everything (literally) blew up because I couldn't think of another way to get out of the convoluted situation I had built. The players did manage to make it to the curtain, they did get their moment, but then the bad guys blew up the theatre and we jumped ahead to the next day when they were fleeing for their lives.

I knew the bad guys were trying to kill some of the important nobles at the performance. I had dropped hints of political unrest and that the rebels were willing to explode things and sacrifice themselves to make a statement. I think the end game made sense to the story, but I never meant to force it upon the players. Could they have prevented it, stopped the mess from happening? I believe so. Yet I still feel I forced it upon them, put them in an impossible situation, just to make the story happen the way I wanted to. But that wasn't my intention. I was trying to make the scene more exciting, and I fucked it up.

So anyway, I apologize if you guys felt railroaded and rushed through the climax of the adventure. I actually did sort of railroad the story, though entirely not for the reason it may have seemed.

PBEM is hard, and easy to mess up. It's a shared story-telling experience as much as it's a "game." I really want to create it a joint world were everyone has a voice and contributes to the action. I hate feeling like I'm making it all up and everyone else just follows along as talking heads. If I wanted to do this by myself I would just go write a short story (at least that would be quicker!)
CD Gallant-King Labyrinth Lord PBEM Play Report RPG