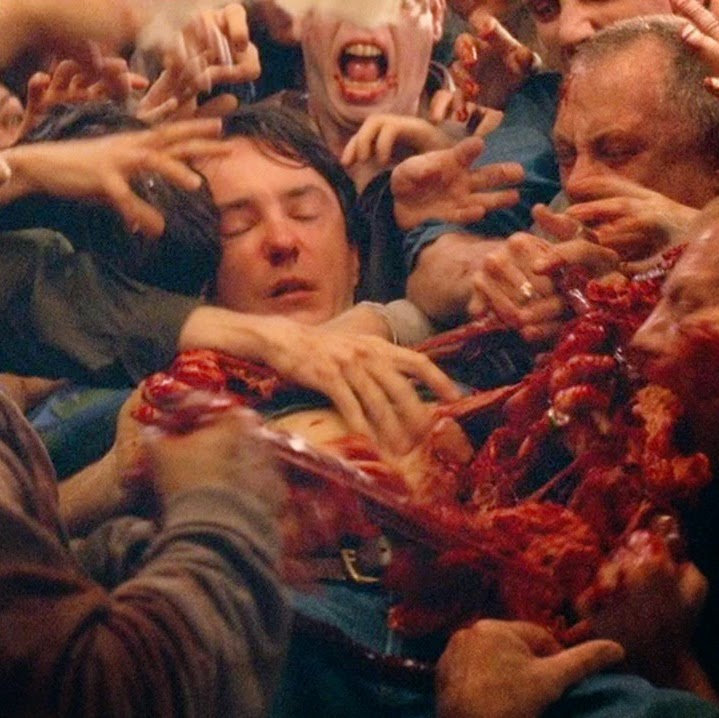 We tried the Walking Dead-style Funnel last Friday and I think it went really well. It was a welcome change after my recent GM-related negativity - I personally had a ton of fun running it, and I hope the players did to.
The best part of it, that I didn't even think about when I came up with the idea, is the freedom it gave the players to try weird things and to play out horror-movie style tropes to full effect. See, I had assumed that the game would just be the characters lining up to be ground into paste, played for laughs as we described the gruesome ways they were torn to pieces as their dice betrayed them. While that certainly did happen, the coolest side effect of playing 4 "disposable" characters was that players developed scenes and situations that they don't normally get into during regular games.
I don't know about you, but most people I play with tend to be cautious, careful and calculating in their games. They have a strong connection to their character and try to keep them alive, ESPECIALLY during zombie-style games where they try to act the way someone SHOULD act during an apocalypse, being all practical and boring.
Without that connection to their characters though, caution goes out the window and crazy shit happens. Out of 16 starting characters, 8 survived, but 3 of those belonged to the one guy who was playing fairly conservatively. The other three players jumped at the chance to act out all those ridiculous things that characters do in horror movies all the time:

How many of those awesome deaths would have happened in a game where everyone is playing safe and calculating?

I seriously recommend playing a DCC Funnel-type of game in a zombie apocalypse setting. It's a spleen-ripping good time.