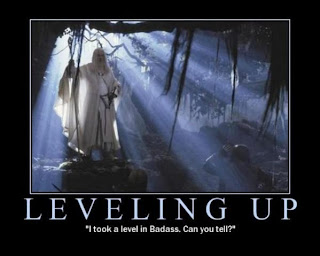 I love bad action movies. Big explosions, loads of inconceivably impossible gunplay, one-liners galore...what's not to love? I also love free. Free as in beer. What do you get when you combine the two? Badass, the game of pure, unadulterated action.

Designed by Jay Steven Anyong (of the blog Life and Times of a Philippine Gamer), I first noticed this little game thanks to Michael Wolf and Stargazer Games. Michael did the editing and layout and if was willing to take the time for this game, so was I.

And I'm glad I did! It's readily apparent that Anyong knows and loves his badass cinema and he does his best to fill the game with that special sort of style you can only get when the dust has lifted and the room is filled with dead bodies, shell casings, and flying doves. 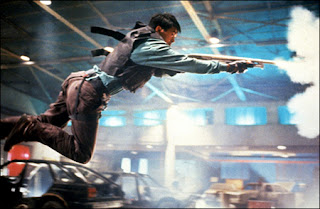 Not pictured: Shell casings, doves, or dead bodies. But it's awesome anyway.

The basics behind the 2d6 system is a simple roll-over affair. Roll 2d6, get higher than your opponent or the target DC and everything's rosy.

Simple, which seems suitable for an action game.

The character gen is equally simple. Name your badass persona, give a short backstory that explains your character's need to be a badass, then pick two "Flavas", basically feats that make your character better than an average Joe.

Some Flavas are self-explanatory, like Ninja, Cop, or Martial Artist, while others are a little more esoteric, such as Packrat and Right Where I Want You. There are even a few metagame Flavas that are humorous and, unfortunately, kind of useless.

After you finish putting together your badass, you get 5 badass points, or BP. BP act as your life and are also spent to activate Flavas and give you an edge in combat. This makes juggling resources a must as the only way to earn more BP is through downtime (describing a training montage or flashback) or during combat by doing things like describing a scene in minute detail, striking a pose, or dropping a one-liner.

Combat is interesting. It opens with a bid-for-initiative (in BP) which works surprisingly well, and then follows up with the same 2d6 roll higher method used throughout the game, but with one twist: Weapons add to the to-hit roll, not to damage. Damage is dealt with 1 point for every 4 points the attacker's roll exceeds the defender's. This means a sword-wielding character can do as much damage as a rocket launcher.

In Badass, this is called squashing the min-max mindset. 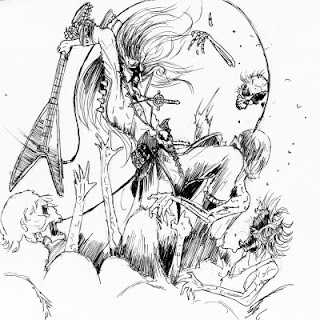 And replacing it with a max-max mindset. Note, this is official art from the game!

So, after trying out the Badass rules for a couple of games, how does it all come together? Surprisingly well. The little encouragements to take away BP for cowardly or otherwise non "badass" actions give players incentive to keep up the action-movie vibe throughout.

The resource management worked well, with players finding ways to bounce moves off each other to earn more BP (matching one-liners, waiting back to enter a fight after it began). I did notice that my players didn't use the complication rules, which provide bonuses for players willing to disadvantage themselves, but I think a little more incentive later would see them using these in creative and colorful manners.

I did away with the roll-over static DC for out of combat actions, deciding that most action-movie characters can manage to do nearly anything so long as it fits their purview. Want to kick down a door? Sure, no need to roll. If something is out of the character's knowledge range, I required a roll, but only rarely. This was a game about getting from one action setpiece to another, not an incredibly deep and moving story. 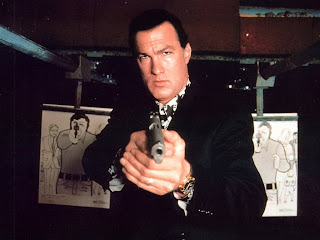 Although we all know that Mr. Seagal is a fan of deep and moving stories.


On that note, Badass is incredibly rules-lite, clocking in at a petite 28 pages, counting the covers. There aren't any rules for vehicles or some of the more exotic situations that may occur, but heck, in a game designed to be so compact, that barely registers on the quibble meter.

On a slightly larger quibble note, I am personally not a fan of the landscape format. It's clean and effective on a desktop, but if I need to print any pages, it makes for a pain to read. Although on the plus side, if you do want to print it you won't waste up a lot of ink. The visuals are almost strictly black and white, with lovely, entirely badass artwork by Dax Xenos Tee.

In the end, everyone had a great time; especially me as GM, because I didn't need to overtax my brain and come up with any carefully crafted scenarios or puzzles. Is Badass a game we'll turn to again and again? Probably not. It lacks the depth needed for extended play. But will it be added to our stable of one-shot systems for when the GM (i.e. Me) is too tired for a full game? Definitely!

Badass can be downloaded free of charge from Rpgnow or Drive-Thru-RPG. http://www.rpgnow.com/product_info.php?products_id=92296