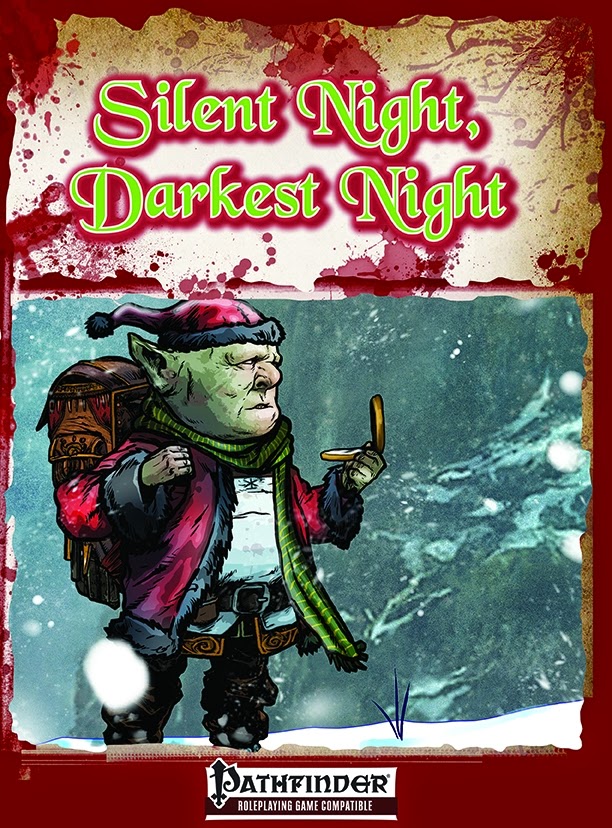 "You know Dasher, and Dancer, and Prancer and Vixen. The other reindeer from that song have all been eaten, by Rudolph. This monstrous reindeer was made fun of when he was growing up, but then he kept growing, dwarfing the other reindeer by the time he was an adolescent. Their jibes about his size finally got to him, and he lashed out, killing at least three other reindeer before Santa was able to chase him away using his Christmas magic. Now Rudolph plots revenge against Santa, the elves, and the other reindeer, and he has been studying dark magics which make him more powerful than any reindeer before him. His nose now glows not with Christmas magic, but with seething hatred, and its red color is the product of the fresh blood which covers Rudolph’s face after feeding on the flesh of the living, which he must do every few hours in order to power his profane magic."

In honour of the Holiday Season (the "Christmas" Season, for you non-PC types out there), I thought I should pick-up and discuss something appropriately festive. Normally I hate writing reviews, but this particular item caught my eye and I really wanted to check it out and share it with you. Not to mention all proceeds go to RPG Creators Relief Fund, so I get to cover my holiday-charity-guilt at the same time as coming up with some content. It's a win-win.

Fat Goblin Games' Silent Night, Darkest Night is my favourite type of book - one in which I can't tell if the creators are being serious or not. It's a short (28-pages including covers, intro, table of content, OGL, etc - so about 22 pages of actual content), mini-campaign guide to the denizens and locales of the "North Pole." It's the kind of thing I would slap together as a half-assed blog post for a joke, but the FGG guys put it together in a beautiful package with lovely illustrations and a nice layout (the holly/bloody parchment motif on each page is particularly choice).

It's designed for the Pathfinder system, but that means it's easily adaptable to any d20-based system. The stat blocks are standard and well laid out, and very visually similar to the stat blocks from D&D 4E. (I'm not super familiar with Pathfinder - is that a Pathfinder thing or unique to Fat Goblin Games?)

Anyway, the antognists are (mostly) all familiar, such as Abominable Snowmen, Cobbler Elves, Emperor Penguins(!), and Silver Bells (which are 7-foot tall violent metal flowers). There's also a tattooed sylphan gunslinger Mrs. Claus and Rudolph the Bloodthirty Megatherium, as well as the obligatory visit from Krampus.  Oh, and Santa Claus is a goat. (Apparently this is a thing)

There's also a couple of very nice North Pole maps, some arctic exploration equipment and a handful of appropriately themed magic items. While not particularly exciting in effect, just saying your character is wearing a Cloak of the Yeti and wielding a Mammoth Lance is pretty badass.

The best part, as I eluded to, is that everything is presented completely straight and serious. Even Jolakuttar the Festive Cat, who sneaks into villages to devour misbehaved children. You could play this material completely absurb and silly, or go balls to the wall creepy and dark in the other direction (because seriously, a 200-pound tabby that eats kids who don't make their beds is fucked up). Personally I would aim somewhere in the middle, skewing toward the absurd and occasionally swinging back to the dark just to keep people on their toes. But that's just me. 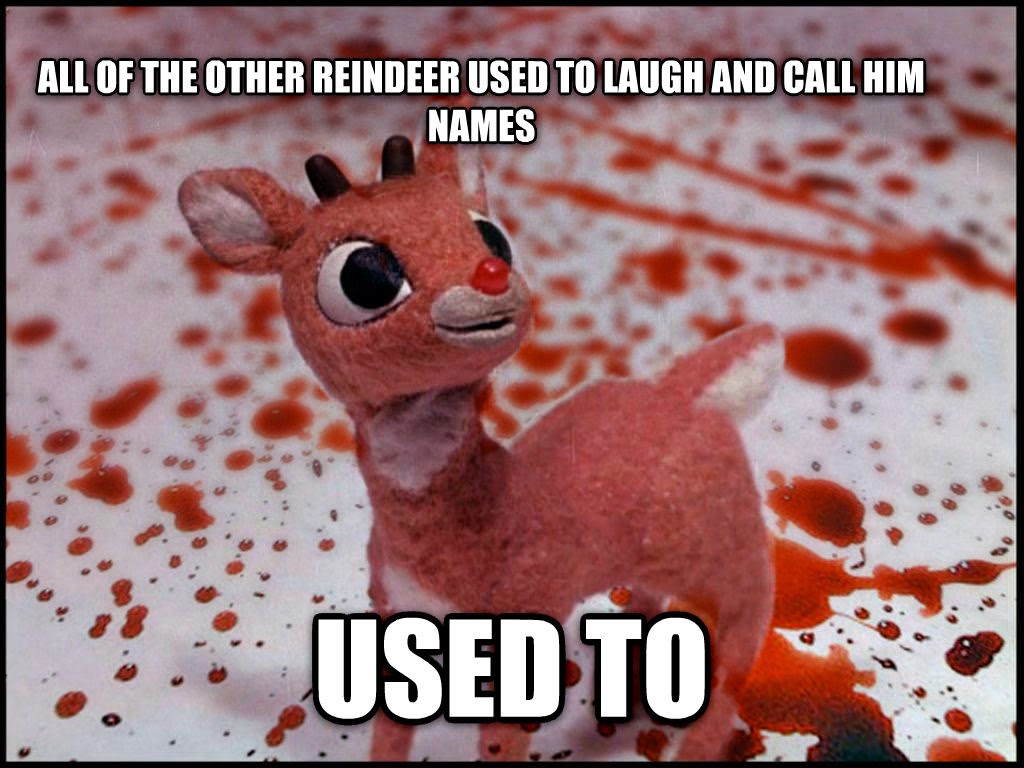 All in all, the folks at FGG put some love and care into a great little source book, especially one that is available for practically nothing (it's Pay-What-You-Want at RPGNow.com) - though again, anything you do pay goes directly to a good cause. Do yourself a favour and pick one up this Holiday Season. You might even bump yourself up a couple of spots on the Nice List.

I don't know if I'm going to have time to run a game over the holidays, but if I do I will definitely find some way to jam this material into it. Even if it's my dark modern zombie survival game.