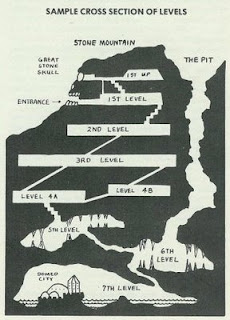 I have been reading a lot about old school gaming recently. Maybe its because the Godfather of Gaming passed away, or maybe us older gamers are longing for the days of our youth and pining over our favorite long faded campaigns. Whatever it is there seems to be a marked upswing in the old school gaming racket. This got me thinking, what does old school gaming mean to me?

My old school gaming was dungeons & dragons, killing orcs and bad storylines that involved killing more orcs. None of the crew that I played with knew what the hell we were doing, but holy shit did we ever love playing. Our games were a hodgepodge of convoluted rules placed in campaign settings that resembled Heavy Metal magazine a lot more than the Forgotten Realms. But it worked somehow, it always worked. It worked not because of the rules or campaign setting, it worked because of the spirit of adventure. We all had a spirit of interdependent creativity, we were in it together and everyone created something. If a rule didn’t make sense we made one that did, if we thought Dragon with lasers might be cool it got added to the campaign and if we needed an adventure someone always stepped up with a cool idea. It was a great time to game even if a few of us got the nasty end of a Pulling panic.

I would compare old school gaming to classic metal, balls out crazy riffs and fucking awesome solos. When its good, its Sabbath or Zeppelin, but if its bad, its Stryper (and for all you music nerds out there who don't like this analogy, I just want you to know I don't care about your opinion... at all.). While I think the new school of role playing is a lot more like Nu metal, its cleaner and the production value is really good, but somethings missing. No amount of rules streamlining, emo character backgrounds or gaming theory makes up for pure unadulterated heroic adventure. If I can't play a fucking hero who does heroic things in a fucking heroic world I don't want to play in your game. If I want realism I'll just go to work.

So to me old school gaming is all about that spirit of adventure. I want to feel like I've been through some awesome shit at the end of a session, whether I'm playing or GMing. I want everyone involved to feel like their characters are the badassingist badass badasses in the badassiverse. If I can accomplish this I've done my job and I can have the good graces of the role playing gods.

I am glad that old school game blogs like Jeff's Gameblog, LoFP RPG, Grognardia and many others that I am too lazy to name right now exist in the vast wastes of the blogosphere. These guys reminded me that old school gaming isn't dead its alive and well, and could well be taking over. Keep up the good gaming and Viva La Revolución.

What does old school gaming mean to you?