ROBOTECH on Netflix (and Memories of the RPG) 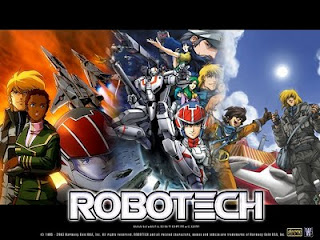 I wrote awhile back that I believed Star Wars by West End Games was the best RPG ever. While I really do believe that, it's not necessarily my favourite game. My favourite game (well one of my favourites) is actually one of the worst-made games ever, because it uses the Palladium rules system.

Of course, I'm talking about ROBOTECH, which to my pleasant surprise is now available on Netflix! Though all 85 episodes are listed on the program, only the original Macross story arc is currently available to view (at least here in Canada). That's okay, it is the best part anyway, though I haven't seen the other parts in a long time and wouldn't mind checking them out again.

I have loved ROBOTECH since I was 5 years old. I may like it even more than Star Wars. The original series, even though it had cheesy dialogue and was poorly edited, is still a brilliant example of sci-fi storytelling, and its way of showing how the characters develop and grow over time is, in my less-than-humble opinion, unparalleled. Characters get married, have children, evolve, die. It was almost more than my 5-year old brain could handle! Going from crap like Care Bears and He-Man to ROBOTECH is like a recreational marijuana smoker giving crack and heroin a spin.

Plus, it has ass-kicking giant transforming robots.

Now, take all that mind-numbing goodness and turn it into a role-playing game. When my teenage self, now well-versed in D&D and similar games, discovered that this guy named Kevin Siembieda had turned my cherished childhood experience into an RPG, my life suddenly took on new meaning. 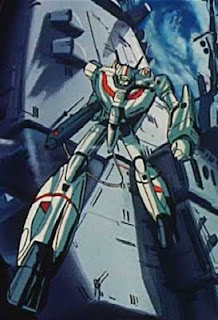 The main reason the current generation is doomed? When I was a kid, we had ROBOTECH. Today's kids have Michael Bay's Transformers. Art and civilization are truly dead.

Perhaps surprisingly, perhaps not, playing ROBOTECH actually led to some of my best campaign storylines and some amazingly mature role-playing for 16-year olds. One campaign in particular stands out, revolving around the Moon brothers (I apologize to anyone else who played in this campaign who may be reading this, but I don't remember the other characters).

The oldest brother, Raphael, was studying to be a scientist when the war against the aliens broke out and he was forced to join the military. Half-way through our campaign he decided he had enough of fighting and left active combat to help the R&D department. Imagine! Willingly turning down combat in an RPG! 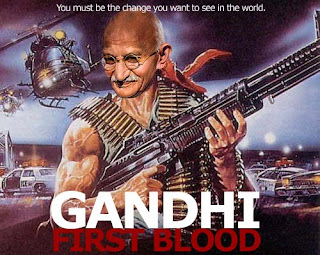 The middle brother, Donatello, was a bit of a loser and not much of a pilot. He kept getting shot down, and was ashamed that he kept surviving when so many others were dying. He got his girlfriend pregnant, asked her to marry him, but before the wedding she was killed in a surprise alien attack. Donatello completely lost it and fell into depression, developing a drinking problem, and (as I remember), actively tried to get himself killed in battle.

The youngest, Leonardo, was a hot-shot punk kid who was a brilliant pilot and a troublemaker. He was always making life difficult for his commanding officer, Major Richard Assman (pronounced "Oz-man"). He actually had an affair with the Major's estranged wife, and became a father-figure to their son, who the Major ignored as he concentrated on his career.

Now remember: These were 15- and 16-year old boys playing this game. Normally we were doing shit like playing Super Nintendo and "borrowing" street signs. That we could actually put aside our childish behaviour to come up with that kind of storytelling makes a great argument why role-playing games are not a waste of time. When done well and with maturity, RPGs can spur incredible creativity and imagination. Can you believe that none of us could get a date?

The fun and the epic-ness of the it all made up for the terrible, terrible rules. I will write an entire post some day about the Palladium rule-set (why the hell was everyone a body-building boxing gymnast?), but I won't let that soil the love I'm currently feeling for good ol' ROBOTECH. If you don't have Netflix, go sign up for a free trial, so you can watch an episode or two.

Now I'm feeling all nostalgic. Anyone wanna get together for a game of ROBOTECH? 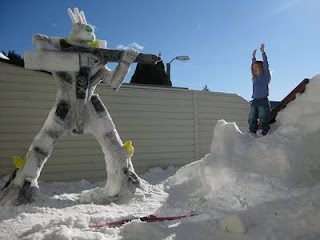 I bet this kid is game.