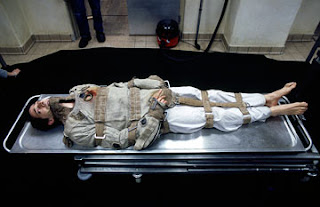 Friday night I ran my players through our first "D6 Horror" game. To my surprise, they all survived, though they came out with some physical scars and with their grasp of sanity somewhat shaken (I imagine it's how people feel after a night out with Ke$ha).

For D6 Horror, I used the D6 Adventure rules as a base, with one major change: I added a Sanity-level score, in addition to the Wound-level score. Yes, this idea was "borrowed" from Call of Cthulhu, but I only did it out of love. It's flattery, really. 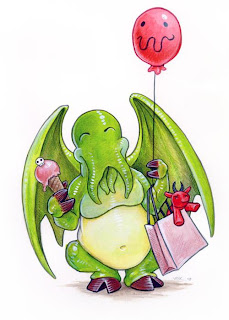 Cthulhu is so happy and friendly, it's hard not to love him.
Sanity levels work much like Wound levels. For Wounds, when you take physical damage, you roll your Strength/Physique score to resist it. Depending on how many points of damage remain after the resistance roll, you suffer increasing levels of Wound damage. For Sanity, I've given each creature or horrifying experience a "Horror" level, rated approximately 2D to 4D. The character experiencing the horror rolls their Willpower against the Horror roll, and takes Sanity damage based on how many points the Horror beats their Willpower.

Shaken - You are startled with fear and cannot act. You lose all your actions for the next round. After that, you may operate normally, but you always have that horrible reminder somewhere in the back of your head of the terrible things you saw, like that time you walked in on your parents making love on the kitchen table. Only worse.

Disturbed - Something you have seen has affected you deeply. It will probably give you nightmares in the future. Whenever you encounter a stressful situation, you must make a Moderate Willpower roll or suffer -1D on a random attribute and all associated skills for the remainder of the scene. 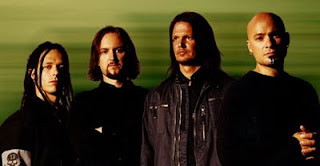 Oddly enough, the guys from the band "Disturbed" are relatively sane-looking, as far as metal heads go. Except for that guy who doesn't seem to know in what direction he's supposed to be looking.
Unhinged - You have seen things that humans are not meant to know. You have nightmares every night, and know you will never be the same again. Whenever you encounter a stressful situation, you must make a Difficult Willpower roll or suffer -1D on two separate random attributes all associated skills for the remainder of the scene.

Deranged - You have trouble distinguishing reality from your own twisted imagination. You have nightmares constantly, even when you're awake, and it's a constant struggle for you to operate normally. You take a permanent -1D penalty to all attributes and skills. Whenever you encounter a stressful situation, you must make a Very Difficult Willpower roll or suffer -2D on two separate random attributes, in addition to the previous -1D penalty.

Psychotic - The damage to your psyche is massive. Surely no human being could have survived what you have experienced, and so you question whether you are even still human. You experience overwhelming, often violent breaks from reality. You continue to suffer from the -1D penalty (as per Deranged, above), and when faced with a stressful situation you must make a Very Difficult Willpower roll or lose control of your character for the scene. Whether you flee, strike out mindlessly or curl up in a ball and sob is entirely at the whim of your Game Master. 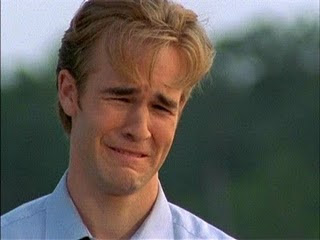 The best part of a GM's job is making players cry.
Vegetative - At this point, you character might as well be dead. You permanently lose control of your character as he or she is either forcibly committed to an institution or disappears into the darkness, never to be heard from again. This is considered a victory for the eternal powers of madness that lurk just beyond the veil of reality.

The rules above state that you take penalties to random attributes when you lose Sanity. I haven't decided yet whether that attribute is decided once, or if it's randomly chosen each time the character fails the Willpower roll. Having the same effect each time is probably more realistic (as the character develops a specific psychosis or neurosis), but choosing randomly has the potential to be even more unsettling and, in short, crazy.

The following are descriptive examples of penalties to your attributes :
*Note that I changed the name of some of the attributes, but what they represent should be obvious.

Aptitude - Severe anxiety prevents the character from performing basic skills. The character feels tense most of the time, and during situations of major stress they feel completely out of sync, have difficulty concentrating, and possibly develop irrational phobias. 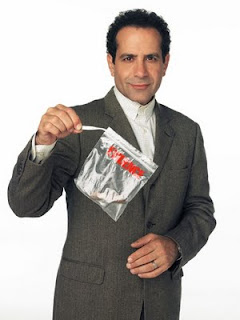 On the plus side, this may result in you getting 8 seasons of a cheesy crime show on the USA Network.
Awareness - The character hears, sees or otherwise senses things that are not there. These hallucinations prevent the character from noticing obvious things, causes them to misinterpret information provided to them, and makes it very difficult to communicate with others as they infer intention and motivations that are not really there.

Psyche - The character's mind is so frail that they are more susceptible to further trauma, and will fall more quickly and completely under stressful situations. This may also lead to specific disorders and phobias, at the GM's discretion.

Though I haven't completely decided yet, I think I want it to be very difficult to restore sanity. Some options I'm considering:

Psychoanalysis (an Intellect skill) performed by another character on the suffering individual for an extended period of time (3 months or more) may allow the character a roll to heal one Sanity level. 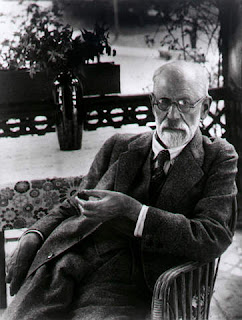 This guy is going to become your best friend. He's like the Cleric of D6 Horror.
Meditation (a Psyche skill) can be used to in certain circumstances to remove Sanity damage.

Drugs or Alcohol may temporarily remove one level of Sanity damage, but the character must make an Endurance check or suffer the physical effects of the intoxication (and risks chance of addiction).

Any feedback? With only one session, we haven't had a lot of time to really play with the Sanity rules (except that I do maintain that murdering another human being in cold blood should impose a Sanity hit), so any suggestions are welcome.

Board Games are Too Popular

With internet shows like @TableTop and websites like Boargamegeek , tabletop gaming has had a huge resurgence in the last few years.   Damn you Wheaton!!! Game publishers are jumping on this to try to capitalize while the market is hot, and so there are a plethora of new games released in a constant stream these days.  On top of that, funding sites like Kickstarter and Indiegogo , and easy distribution through places like DriveThruCards are allowing more and more amateur game designers to get their work made and distributed.  So this is all great, right? That's a LOT of shitty games. Well, not really.  As with anything in life, board games run the full spectrum of awesome to terrible.  And in this spectrum, there is the typical bell curve of distribution.  So based on that, only 4% of the games released will be awesome.  Some 7% will be really good.  Another 12% will be Ok.  The rest are going to suck.  So this means 77% of the games coming out are between "terr
Read more

Continuing the idea of sucky character classes from C.D.'s last post , I humbly present the Monk. Monks in D&D suck. They sucked bad in 1st Edition, they sucked bad in 3rd Edition, and even now they suck more than a little. The only edition they didn't suck in was 2nd Edition. But that's because they weren't there. I suppose my beef against the Monk class is not so much in its intended function but in the players who choose to try and play it. Never has a class been more rooted in a heightened form of reality than the Monk. Except maybe the Thief/Rogue, but I can't say anything bad about them or they'll steal my coinpurse. Now see, I've always had this understanding that a monk was a fairly religious fellow who didn't care much for the company of those that didn't share his belief. Or, so I've gleamed from various PBS documentaries. I'm sure things are a little different in real life. But I've yet to encounter a player who unders
Read more