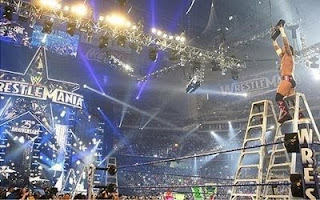 I wish it existed.

With Wrestlemania this weekend, my thoughts as always turn to the exciting world of the squared circle, and how to turn that wonderful spectacle into a decent game.

There have been wrestling board games, some pretty cool video games, and even a couple of RPGs. I actually really like The Squared Circle, and it barely missed being on my List of Favourite Games I've Never Played (Never played because my current gaming groups aren't much into pro wrestling). I also tried a live-action wrestling "RPG" while I was in university. Once. I fortunately made it through unscathed, but one guy sprained his ankle and another got a nasty cut on his back when I threw him into some lockers (It was a hardcore match, obviously). We didn't try it again after that. 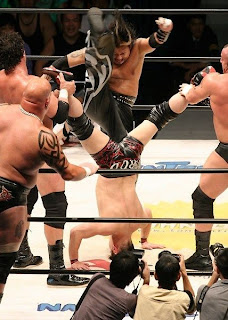 Memorial University of Newfoundland Hardcore Championship of the World, 1999

But something we DID play a lot in university, and that worked brilliantly, was a special style of RPG called Fantasy Wrestling. Fantasy Wrestling started out as play-by-mail back in the early 1980's and actually exists to this day. There are still ads for play-by-mail games in magazines like Pro Wrestling Illustrated. However, when the world started to go digital in the 1990s, Fantasy Wrestling jumped online as well. Suddenly you could get your fix of pretending to be sweaty men in tight shiny underpants that much faster. When the popularity of pro wrestling rose just before the turn of the millennium thanks to the Monday Night Wars, the popularity of Online Fantasy Wrestling, or "E-Feds" (Electronic Federations) exploded as well.

Oddly enough, I started my Fantasy fed not online, but as a simple pen-and-paper game I ran out of my dorm room. I had guys create their wrestlers using a simple character sheet, then ran the matches once or twice a week and posted the results on my door. A month or so later when I discovered the magic of E-feds (coincidentally around the time my residence got high-speed internet), I moved my imaginary wrestling promotion online and took it to the next level. 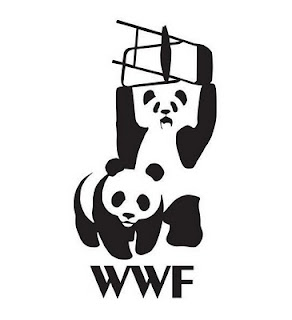 The World Wrestling Federation changed its name to "WWE" to avoid being associated with those goddamn bloodthirsty pandas.

My online fantasy wrestling federation was also my first taste of meeting people online. While most of my players were local, I had a few from other parts of Canada and the US. I had arrived in the globally-connected world, and it was all thanks to wrestling. And gaming. The guy from Montreal was pretty cool (he ran his own e-fed, too). There was a guy from Virginia who was a big frakkin' tool, though.

The part that made E-feds a role-playing game was that the players would write their own promos and interviews and post them on a message board. They would talk trash to their opponents, and their opponents could respond, all in anticipation of their upcoming match. It was great fun, and I saw some impressive writing come out of those posts. Some guys would write compelling short stories about their wrestler's lives. Then, once or twice a week, when the talk was smacked, I would write up the actual matches, and the winners would be revealed. 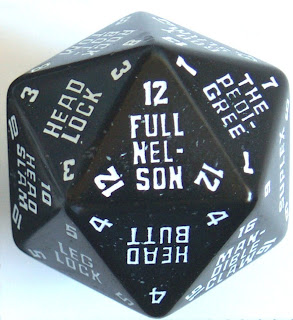 Pictured: How Vince McMahon determines the outcome of matches in the WWE.

How to determine the winners was a bit difficult, and various "promoters" did it differently. Some would use a program to determine them randomly. A rare few would have a booking "committee" to vote on the winner. Me? I picked whoever I thought wrote the best promos, and created the finish of the match based on that and what I thought would be the most interesting outcome. It was incredibly biased, but I got few complaints, because I worked my ass off to write exciting matches, and the loser always knew he had a chance to come back and win the next week.

My E-fed lasted one strong year and another six months with dwindling returns (as I became busier and had less time to update), which was pretty good for an E-fed back then. I still love wrestling, and I still remember many of the characters from that game vividly. My most memorable matches from that time period were not Steve Austin vs The Rock or Hulk Hogan vs Sting. I will always remember stuff like Downtown Mayhem and Straight Jacket Sou vs. "The Fallen Angel" Gabriel and Satan's Cabana Boy in a Wal-Mart Hardcore Brawl (that match was actually really friggin' awesome). I would love to try my hand at running another e-fed, but it's not going to happen while I'm running a PBEM D&D game. (And I don't think I'm going to be able to convince my players to give up their swords and magic wands for spandex and sparkly capes). Maybe one day. 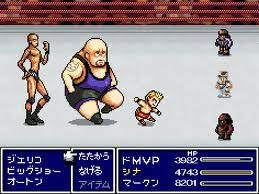 The people who understand all the references in this picture understand why it is the greatest picture in the world.

Anyone else have experience in e-feds, or any other RPG-style wrestling game? Or just want to argue about who's going to win HHH vs. Undertaker on Sunday night? (C'mon, Deadman!) Talk some trash in the comments section, and we'll see if we can't get a little slobberknocker going.