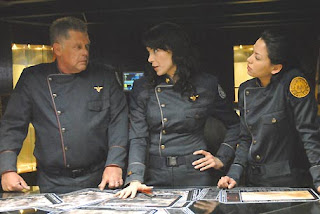 There are two parts to RPGs: The "Role-playing" part and the "Game-playing" part. "Role-playing" involves developing a character, improvising, telling a story and making a fool of yourself in front of your friends. "Game-playing" involves
rules, dice, strategies, tactics and arguing for hours over whether or not you can somersault over a pit of lava without an "acrobatics" skill on your character sheet. Most RPGs, like most gaming groups, lean toward one side or the other, but some of the best games find a nice balance between the two.
My question is this: What happens when the two sides contradict each other?

D&D 4E is a game firmly on the rules side. It revolves heavily around tactics and combat. It expects that characters (and players) to act in a certain way, and rewards certain strategies and actions. Sometimes you just HAVE to play the game in a prescribed way to defeat certain challenges. Now, many hardcore "role-players" balk at this like a horse being urged to swim through a lake of mechanized crocodiles, but others players (The "game-players") revel in the chance to use the rules to solve the puzzle. It's like a math problem, and some people like doing math problems. 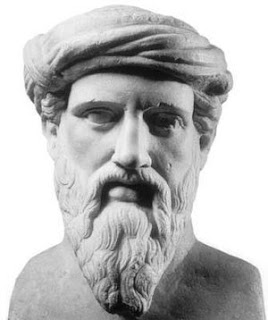 I bet Pythagoras would have frakkin' ROCKED at D&D.

There's nothing wrong with role-playing in 4E (or any game). It should be encouraged, and even WotC have made half-hearted attempts to push it on people. But what happens when the role you're playing flies completely in the face of how you've been taught to play the game?

I have a perfect example. In my current PBEM game, my players were recently slogging through an old dwarf fortress overrun by orcs. I knew they would be heavily outnumbered and up against some tough opponents, so I gave them each a dwarf minion to control in addition to their characters. The minions weren't particularly powerful, but I figured they could use them to set up flanking opportunities and to draw out the enemies' attacks to help the players live longer. So what did the players do? They put the minions BEHIND them so they wouldn't get hurt! They risked their own lives to protect the meat shields. Maybe it was my fault for giving the minions names and personalities, but to give up a tactical advantage for a role-playing one (they told the dwarves they were going to "teach them the ropes" of adventuring) takes a lot of balls. 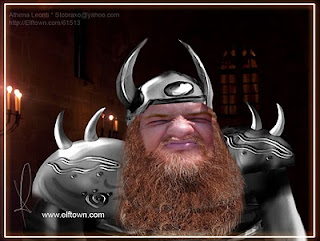 I would have tossed that dwarf at the orcs and run away without looking back.
Next, they couldn't decide on a marching order. While the rules encourage the defender (tank) to go in first to draw enemy fire with their high AC and hit points, when the paladin suggested this the strikers would have none of it. The ranger wanted to go first because his background said that he distrusted following the orders of others and he wanted to rely on no one but himself. The eladrin warlock believed that all non-elf/eladrin races were inferior and thus he should be on the front line leading the charge because he was the best and could do the most damage.

The most telling exchange:

Paladin: Okay, everyone stay close to me and concentrate your fire on the orc chieftain! He does the most damage so we have to take him down quickly, then we can move on to the next enemy.

Cleric: I'm going to attack anyone who comes near my dwarf minion, and make sure he doesn't get hurt.

(I apologize to my players because I may be exaggerating their motivations a little bit for emphasis, but really, this was pretty much the exact conversation from our game.)

Every encounter was much harder than it should have been because they couldn't agree on tactics and everyone ended up taking more damage than they should. Miraculously no one has gotten killed yet but it's only a matter of time if we keep going like this.

Please understand: I don't believe they're playing "wrong." Not at all. I am impressed with the conviction they put into playing their characters the way they think they should be played. Sure it may be frustrating sometimes (personally, I think it's hilarious) but I hope they are enjoying themselves.

The rules of any RPG should be treated roughly like the rules of Calvinball.

So what about everyone else? Which side of the game-playing/role-playing line do you fall on? And have you had any problems where the two sides come into conflict?