When I was a kid, my favorite toys were the simplest. You could have handed mini-Joe an action figure and a toy gun and he would have spent hours, if not days, coming up with elaborate and increasingly violent hallucinatory adventures. So I suppose it's little surprise that I have grown to love generic gaming systems now that I'm older (we won't delve into the ludicrous possibility of being wiser).

By generic system, I am referring to a system largely devoid of setting or fluff material. A system I could use to play in any number of fictional universes that fit in the mold of the genre; from Tolkeinesque fantasy, to Star Trek style sci-fi.

The system and the setting are separate things in my mind. I compartmentalize to the point where playing a Forgotton Realms game using Hackmaster or even D6 Fantasy sounds interesting. But there are games where the line between setting and system are hopelessly blurred, to the point of being inseparable. 4th Edition D&D is a good example of this. System-wise, it's not obviously tied into Eberron or any other setting, and yet its mechanics are singularly designed so that they are required to work within a certain framework. You can change the Powers, or even try to do away with them altogether, but then you lose the vital skeleton of the system. 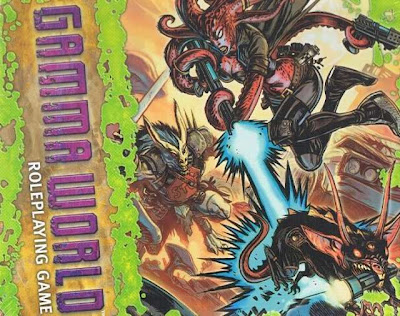 Mind you, I've heard good things about the new Gamma World, which uses 4E rules, but I haven't yet played it.

For me, the joy in a system is that it be moddable to my whims. In fact, I would declare Dungeons & Dragons, up to 4E, to be the single most moddable fantasy system. The basics behind the d20 system have been used to power an unbelievable number of games, from Mutants and Masterminds, to Conan, to Stars Without Number, to a massive number of Retroclones, to the not-quite-so-retro-clone Pathfinder, and even the older Mongoose Lone Wolf game. What's the common denominator between all of these games? If you've ever played any version of D&D, especially 3.5, you will feel an eerie familiarity with each ruleset. Things were changed, especially that blasted Vancian magic, but the bones are the same.

For my needs, these games are perfect. I could play a Marvel-styled comic adventure with Mutants & Masterminds, or a game in Lankhmar with Mongoose's Conan rules. Some alteration might be required, but it would be short work, and the results would--and have--been quite good.

I suppose that's because I'm a tinkerer. I like to tweak this, adjust that, and see what happens to the end result. It's rarely balanced, but I find balance to be overrated anyway. 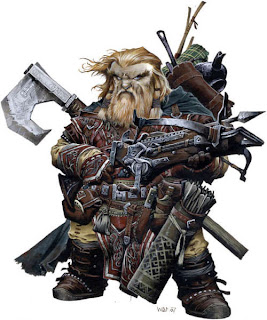 Call him a Munchkin, I dare you.

Now, I should note, I'm not trying to knock published settings. There is something vital in having high-quality, published settings. It saves time on the part of the GM and it can provide less imaginative GMs with great ideas and tools to use. But when the system is so firmly integrated into the setting it can be a mixed bag. I would rather pay a little extra to buy a setting book than have my ruleset designed around a very specific setting.

I guess that means I would rather have an empty sandbox with a shovel and bucket than an entire jungle gym.

Of course, maybe I'm in the minority. What about you? Would you prefer the setting to be integrated into the rules or a separate entity? Is it more value to have both together?