A Game of Thrones Battles in D&D 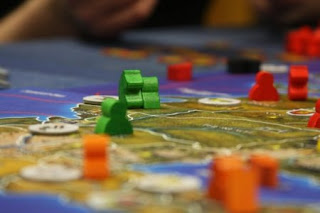 I love the Game of Thrones board game by Fantasy Flight Games. Not only is it set in the world of some of my favourite books, but the actual game design is brilliant. It is fairly simple to learn but the strategy is very complex, and it touches on a number of different gaming mechanisms; resource management, diplomacy, bluffing, combat tactics. The best part? Combat doesn't involve dice; hence, there is very little left to chance in this game. The victor is decided by strategy and player interaction, and of course a little friendly backstabbing. 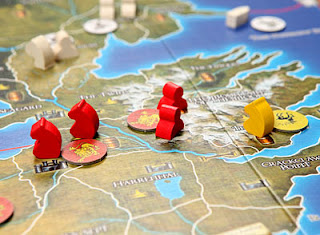 This game is way more exciting than it looks, trust me.

It looks like there may be some mass combat coming up in my PBEM D&D game, and I would love to play this out using the combat rules from the AGOT board game. I need to figure out how to adapt the rules of the board game to fit in an RPG context, which creates a few interesting problems. Let me share with you the agonizing conundrums that keep me awake at night.

Concern #1
I can't give everyone control of their own army. I will control the enemy/ies, while the players will have to maneuver their troops to defeat them. I suspect I will give each player their own small group of units to control. They can work together for overall strategy, but ultimately each player will decide what their troops will do. Will this cause issues when some of the players don't follow orders, or refuse to go with the plan? God, I hope so.

Concern #2In AGOT, there are really only two units of note in combat: Footmen and Knights. The variables come from how you negotiate with the other players to get them to support you in your attacks. Again, since the players will be on the same side and presumably supporting each other, I think I will have to add a few more units so there is some choice on where and how to use them. I'm thinking light and heavy footmen, pikemen (strong on defence), and light and heavy cavalry. 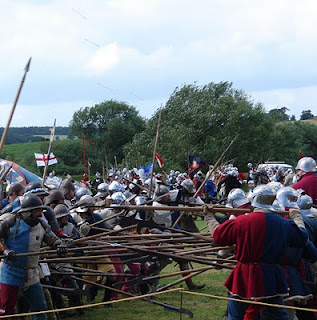 A 4E Dungeon Master's worse nightmare: Okay, you roll a 17, you hit. That's 12 damage and pushed 2 squares. Now you rolled a 5, you missed. Oh, don't forget to save against daze. You rolled a 12, hit for 9 damage. You can't reach, you're out of range. What do you mean you have a paragon path power that extends your reach by 1? Fine! Hit, 15 damage, knocked prone. Next...

Concern #3
In AGOt, during combat each player plays a "House card," which represents the lord or other personality that is leading their troops. Each card has special bonuses and penalties, but they can also interact with the other player's house card. Because you don't know what the other player is going to play before you choose, it adds yet another level of strategy. Example, if I play X and my opponent plays Y, I win, but if he plays Z, I lose. I could use my best card and win automatically, but then I've blown my best card and can't get it back until all the others are played. See? There are so many options it's painful, but in a good way.

Because each group is going to have a leader (the PC), I don't want to use "House" cards per se. I'm thinking I'll call them tactics, and instead of something you can only use once, I'll make them something you can reuse, but will interact with and be heavily dependent on your opponent's card. It's a rock paper scissors sort of thing. Eg, A phalanx beats a charge, a charge beats a flank, and a flank beats a phalanx.

Concern #4
The PCs powers, skills and abilities should affect their troops in some way. I think they should be able to use their skills (Diplomacy, Intimidate, Bluff) to rouse/inspire their troops to increase their combat strength. Conversely, if they fail their skill check, it will probably decrease their strength instead. Maybe Nature and Stealth can be used to set ambushes, and Perception/Insight can be used to predict them? 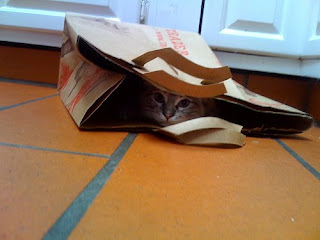 Also: Kitties add a +2 circumstance bonus to surprise.
I think they should also get abilities based on their powers/class. The Cavalier/Paladin is obvious, the class already makes mounted characters move faster, so any cavalry units under his command would have increased move speed. The Cleric would be able to protect units from being destroyed in battle (the "Fortification" icon in the AGOT game). The ranger may be better at setting ambushes, or moving faster/fighting in forested terrain. The warlock and wizard are a bit more difficult - just adding a straight combat strength bonus is boring, I'd like something a more interesting and flavourful.

So that's what I have so far. I have no idea if this will work, and there's always a possibility that my players will diffuse the situation before it breaks down into war, so these rules may not be necessary... though I doubt it. PC adventurers are great at causing violence and conflict. It's kind of their job, really. 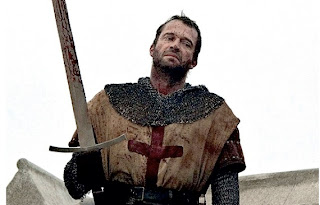 The line between hero and murderous psychopath is very thin, and infinitely flexible.
If anyone has any thoughts or opinions on the topic, such as suggestions on how to adapt/use these rules, I would love to hear them. Stories about mass-combat and warfare in your own campaigns, and how they worked or not, would also be appreciated.