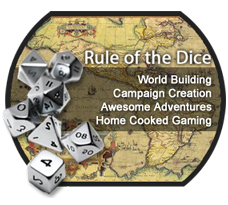 I don't buy a whole lot of new games every year, at least not in printed form, but PDFs are another story. For me, dropping ten bucks on a game I may or may not enjoy is a heck of a lot better than doing the same thing on a forty-dollar and up scale. So Drive Thru RPG is one of the big stops on my digital shopping sprees. I've picked up good and bad alike from there, but thankfully it seems that the cream rises to the top. Cheap little adventures, supplements, and even game systems. Especially older systems that still play beautifully (I'll save a rundown on some of the best, and worst, PDF purchases for a later date).

Being a cheapskate New Englander, I also like free. Free is good. Often, a free game is just a little afternoon time waster, good with beer and pretzels, but not much else.

And then there are the quality games that exist in a free form. The well-known Risus (the rules-litest game ever?), Labyrinth Lord, Basic Fantasy, OSRIC, and Swords and Wizardry. These games are superb and also have paid options available, usually in printed form. It's great to support quality games like these, especially when they are willing to risk giving their product away while also trying to make a buck.

But then there are just some choices that are simply incredible. Games that offer an obscene amount of content and playability, all without a single shilling in cost. Games that dare to try something a little different from your standard Retroclone. Games that truly give you a different experience. 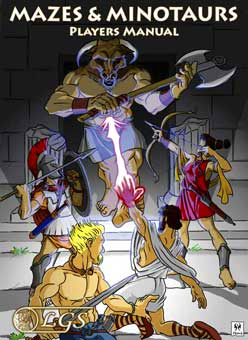 This game is actually very well-known, likely because it was one of the earlier Retroclone-style games and has been around for years now.

The premise is simple. It's D&D as done by Ray Harryhausen. Greek legends, huge monsters, and sword swinging action all fill the game to the brim with wild ideas that make it so much more than a mere D&D mod. Play an Oracle and gleam the secrets of the future, or venture forth as a Noble and spend your coin freely, or even play a Centaur among the human lands. Options aplenty for creating your own odyssey among the sun dappled isles. 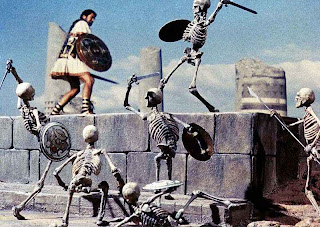 It's a universal rule to feature this scene after Harryhausen's name is mentioned.

And it's a parody to boot! Cleverly marketing itself as the "first ever roleplaying game" from 1972, it has anecdotes and commentary on gaming as a culture. Sure, it's a little heavy-handed at times, but so what? It's a tasty little free addition to the overall product.

And speaking of product, it's fully featured! Combat, a loose magic system, random tables, a massive bestiary, and enough rules-lite gameplay tweaks to satisfy both grognards and newcomers. For one, there is no spell list, just a list of impossible things you can do with magic; it takes all the busywork out of magic and turns it into something more appropriate to the genre. And for those with an aversion to randomness, it features simple character creation that requires only random stats, nothing more. It's great for newcomers and it seems to have found acceptance as an alternate game system for the more experienced members of my group as well.

To some, it might seem limited, with a level cap at 6, but to those of us truly seeking something with a different flavor, it's a refreshing taste in a world of 'me too!' fantasy.

And the cost? Zip. Nada. Nothing. This is the sort of game I'm always happy to spend ten or fifteen dollars on, and here they give it away for gratis. Unthinkable.

This game has already provided my group with more entertaining adventures than I can count. And it has done it with a style nearly unimaginable even in a commercial product.

Plus, it now has extra Vikings! 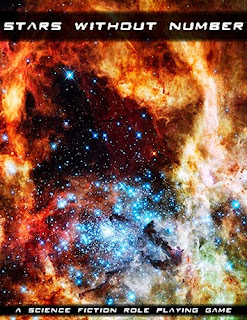 Okay, so technically I haven't played this one (I've said it a dozen times before, but my group just doesn't like science fiction), but it's been making the rounds for the last few months and I finally got past the ugly cover to see what lurked within. It's safe to say that reading through it blew my mind. It's a real D&D-style sci-fi Space Opera that, on the surface at least, appears to work. Yes, even with the dreaded ol' d20.

Three classes (fighter-type, mage-type, and...other-type), a rich backstory with a huge universe of adventure, and some other delightful additions like a hundred million random tables (Gygax would be proud), ship combat rules, and a highly polished appearance with full art, all combine to make me think of a commercial game.

There's a skill system that reminds me just a bit of the kits from 2nd Edition D&D, a clever set of magic guidelines channeled through a Psi system that eschews the traditionally massive spell list in favor of a simpler spell-per-level style. Heck, it's so old school that classes still have traditional hit dice, including the dreaded d4 for psychics! Do you need more? Oh, right. It's free. You can't argue that it's at least worth a look!

At least these guys don't seem as insane. They are, after all, selling supplements to the main game. So I suppose you could call it a microtransaction system, almost like all those Korean MMOs that bill themselves 'Free-2-Play'. Only in this case they give you a real game to enjoy.

Just goes to show that, when your gaming budget's in a pinch, there are still plenty of options.