5 Things About My Campaign

Sly Flourish's Twitter stream is always sharing great tips and pointers for improving your D&D game. One that hit me in particular a few weeks ago was the following:


#dnd tip: When preparing a new campaign, write a short "five things about this campaign" guide to guide both you and your players.
— SlyFlourish (@SlyFlourish) March 24, 2014

This was struck even further home a few days later when Rule of the Dice's own John Williams invited me to join his home game (or maybe I invited myself, I don't remember), and he sent out a nice, concise background primer for new players to his campaign. This immediately made me realize that I'm an idiot.

Why don't I do this? I've been GMing for years, you think I would have picked up this really simple trick by now. Players will get into the game way quicker if they know what's going on. Games based on popular pre-existing properties are easy (ROBOTECH, Star Wars, etc) because the players already have a pretty good idea what to expect. Now that I think about it, the game I felt was my most successful was good in large part because I provided the players with key background points to hook them in before we started.

So long story short, here's the 5 Things You Should Know about my current D&D/Labyrinth Lord campaign. Yeah, we've been playing for months so this is not really helpful for my players at the moment, but it's helpful to me to remind me what we're doing, and it may be useful for any new players that join in (we just added a guy last week). And hey, it might be interesting for you guys, if you're wondering what I'm up to.

Most of my games these days are run Play-By-E-Mail. It's the reality of working full time and having a family (and taking classes on the side, and not having any friends close by, etc...). PBEM has it's own variety of merits and flaws, but here's the most important points to remember:

2. It's a Swash-Buckling Adventure on the High Seas

I make no qualms about admitting this game is heavily stolen from inspired by KOEI's Unchartered Waters: New Horizons game for the Super Nintendo. The player characters' party own a ship and travel the world, visiting exotic ports, discovering lost treasures, and battling pirates and sea monsters. Not every adventure will take place on the deck of a ship of course (the current story in fact has taken them far away from the sea for far longer than I expected due to the slow progress you sometimes experience in PBEM), but it will always come back to the sailing theme. 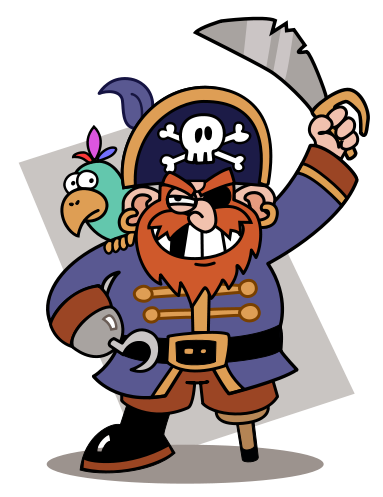 3. There's a Major War Going On

...but you don't necessarily have anything to do with it. Two of the more influential kingdoms in the world (Stalomark and Tirglas) have erupted into a violent war after years of tension and minor conflict. While all the characters in the main group come from these lands or their neighbours, they are not directly involved in the fighting... at least not yet. Because the crew are sailing around doing their trading and exploring thing, it is inevitable that their travels will eventually cross them into the war-zone, but it will be completely up to the PCs how they play this. Will they choose sides? Will they fight, or try to profit off the war in some way? They have this choice, because...

4. The Players Will Dictate the Direction of the Story

Usually in my campaigns I set up a big bad or evil that must be overcome, and "gently" steer the players toward it. This time, I've tried to encourage them to set their own goal and motivation. Do they want to seek out and fight against evil? Do they want to focus on trading and mercantile endeavours to make their forture? Do they want to achieve fame and fortune by finding lost civilizations and treasures? I've given a few of the characters particular bits of information to motivate them based on their back stories, their organizations, etc, but it's up to them how they use them and how they can work with (or manipulate) their companions toward their goals. There's several antagonists that have been introduced to oppose them, though I haven't necessarily said they're "evil."  They simply have different goals that are in opposition to the players. This is becoming important, because...

5. The Player Characters May Not Be the Good Guys

I didn't even realize this at first; one of the players had to point this out to me. Because I didn't set them up with a specific villain, and because I've let them choose the direction of their game, the players have become very mercenary.  Usually there's at least a few of the players who strive to do the right thing, but not in this group.  There's no righteous paladin driving them to do the will of the gods.  Their captain is a one-eyed homicidal elf who tortures captured enemies for the hell of it. The cleric refuses to heal his own party members if they get hurt doing something he considers stupid. Even those who are not psychopaths don't go out of their way to help anyone but their own crew,: they do what they have to do to survive.  They don't fight fair, they gang up on enemies and stab them in the back.  Just this week they were faced with an opponent willing to detonate a bomb in a crowd of innocent people.  Unable to reach the bomber in any other way, the PCs literally hacked their way through the bystanders to reach him in time.  It wasn't a case of "sacrificing a few to save the many."  They were entirely just trying to save themselves. 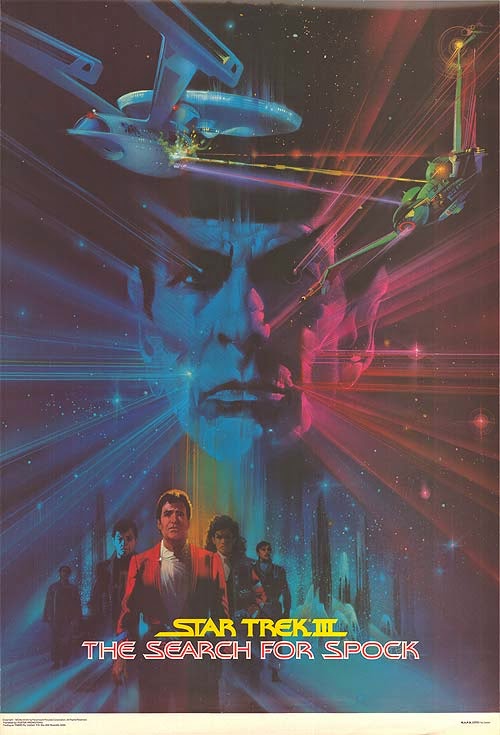 Seriously.  If my players were the crew of the Enterprise, this movie would have been called "Fuck that pointy-eared bastard, let him rot."

Hmmm... I just realized that I had actually intended to come up with 5 "background" or "story" points for my campaign, and it ended up being far more about the meta-game.  Still important points to consider, but I may have to revisit this with more story-based ideas at a later date (first I have to finish part two of Tuesday's post).

Still, do you get what I'm going for here?  Would you want to play this game? (For those already involved, God I hope so...)
Advice/Tools CD Gallant-King Dungeons and Dragons Labyrinth Lord Lists PBEM RPG World Building