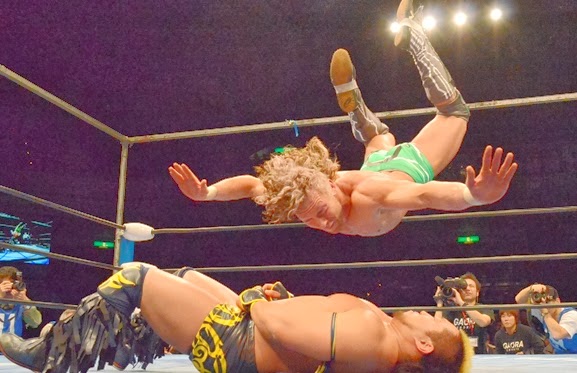 I've spoken before about fantasy efed wrestling - where the players write promos, role-plays and matches in-character for their wrestlers. In many ways it's a cross between role-playing games and writing fan fiction - some players can create very elaborate and indepth character backgrounds and stories for the wrestlers, and that's pretty cool.

I’ve been thinking lately however, about a different sort of wrestling game experience that was a bit more, well, gamey. Instead of writing roleplays and having someone pick winners base on the subjective "best one," what if you could decide, definitively, who wins based on their tactics and strategies in the ring? There are simulators and software out there that use complex algorithms and chance to generate wrestling matches based on wrestlers’ statistics and attributes, but I wanted something simpler. I wanted something that anyone could pick up and learn quickly, and the better players weren’t better because they had farmed or grinded more points, but were because they were used to the system and better at playing the strategy.

This is what I came up with:

Technically this game would work best as a card game, with printed cards representing the four possible tactics you could play.  We’ve been playing it online at FedWars.net, an e-wrestling community page that caters specifically to the fantasy wrestling described above, but we’ve managed to modify the rules slightly to make it work in this context.  Basically the players PM the “referee” (me) their choices  by a set deadline before their match, then I reveal the results of all the matches at once.  It’s been working pretty well so far, and the site’s designer/administrator has been considering setting up an actual operational online version of the game.

These are good guys.  Go check them out.

There are 4 possible tactics you can choose in the game:

Grappling – You take your opponent to the mat, try to keep him off his feet and in a position where he can’t hurt you, and you can hopefully make him tap out.

Speed – You focus on quickness and trying to land fast, often high-risk moves.  This includes dropkicks, dives, jabs so on.

Brawling – You get in there and fight hard, just trying to bludgeon your opponent into submission.  Punches, stomps, slams, maybe even dirty moves – whatever it takes to put your opponent down.

Conditioning – You rely on your stamina to absorb punishment and bide your time until you see an opening.  Roll with the punches and let your opponent tire himself out; then you’ll make your move. 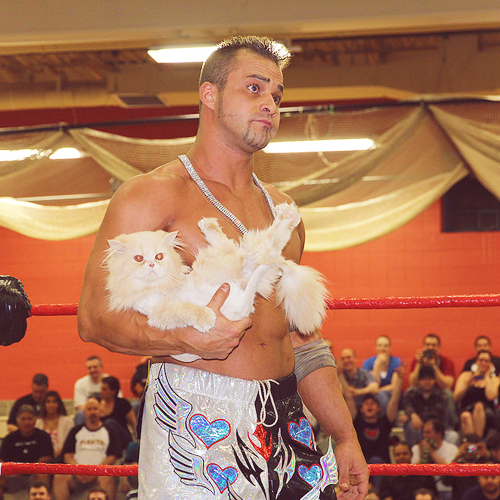 The "Feline Cuddling" tactic will be added in the next expansion.

Your wrestler has only 2 attributes:  His Specialty and his Weakness.  Specialty is something that he trains extra hard in, or has natural talent for.  Maybe he’s naturally quick (Speed), or his cardio is through the roof (Conditioning).  Weakness is just that, something he’s not good at.  Maybe he’s just not much of a striker (Brawling) or is technically inept (Grappling).  This becomes important to break ties when playing Tactics. 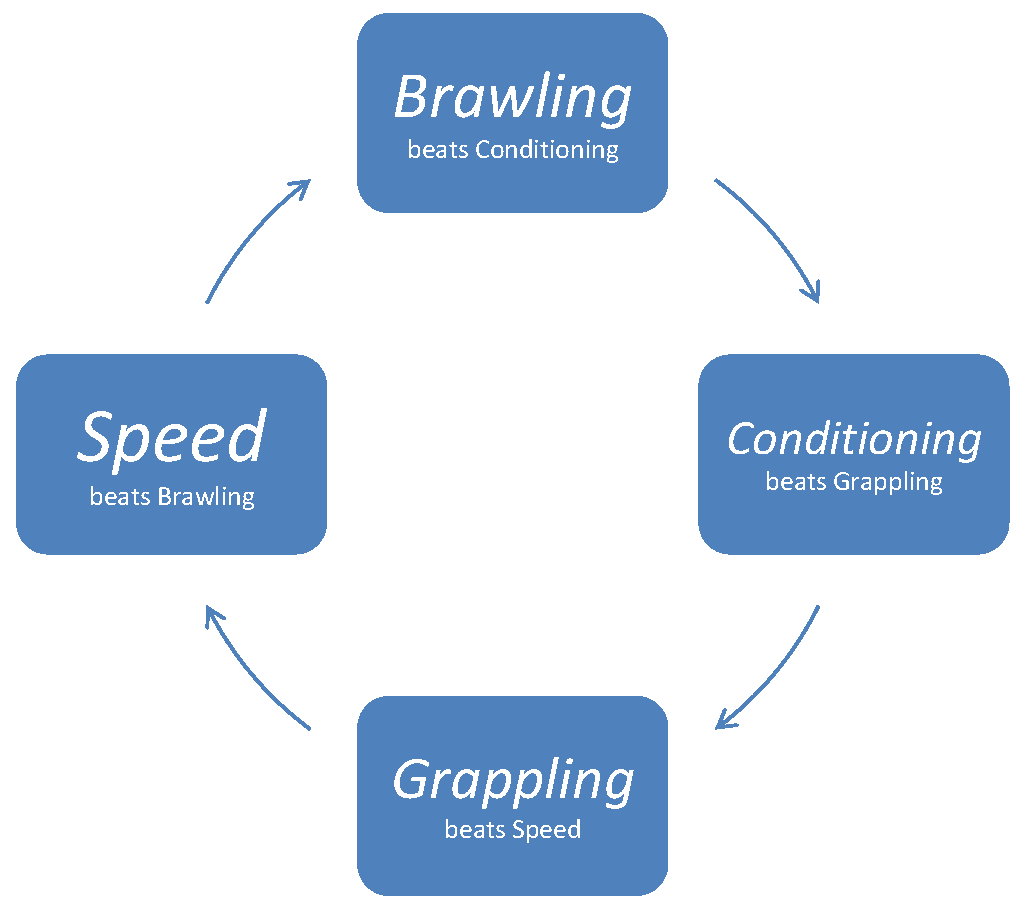 Matches are fought in three rounds.  Each round, each player (secretly) chooses a tactic and they are revealed at the same time.  The winner of the round is determined in a Rock-Scissors-Paper kind of fashion:

Grappling Beats Speed – You counter your opponent’s quickness by taking him off his feet and keeping him on the mat.

Speed Beats Brawling – You are too fast for your opponent’s methodical, rough and tumble pounding.

Brawling Beats Conditioning – Your opponent can run marathons, but all it takes is one solid punch or slam to knock him out.

Conditioning Beats Grappling – Your opponent can try to wear you down all he wants but you pace yourself to conserve your strength.

Pretty straight forward.   But what happens if you and your opponent play the same tactic?  Or if you play tactics that don’t interact, like Speed and Conditioning?  While ties are certainly possible, the Specialty and Weakness you chose during character creation will help to mitigate that.

Individual matches are pretty short, and there’s not a lot to them.  The main goal of the game is to win as many matches as possible over time, to rise to the top of the standings and become the champion.  This leads to competition as guys work their way to the top, and rivalries against particular opponents you have difficulty beating. 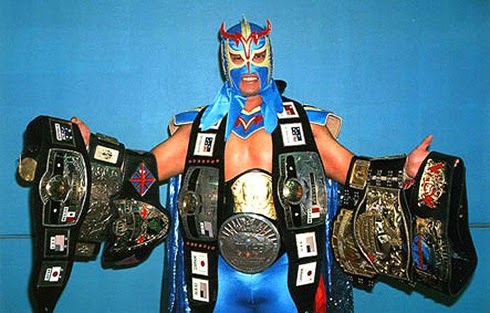 Your goal is to end up like this guy.

While the game seems somewhat random, there is strategy involved, much like playing poker or similar card games.  You have to minimize your risk, and you have to know your opponent.  If you’re playing a guy who loves to play his Specialty (Brawling, for instance), then it’s often a good choice to play the Tactic that trumps it (Speed, in this example).  But what if Speed is your wrestler’s weakness?  You’re taking a big risk, because even though he often plays Brawling, there’s no guarantee. And in this case if he plays anything BUT Brawling, you will lose.   It’s a game of taking chances and playing the odds.

We’re currently playing around with other rules to vary the gameplay, including specialty matches that limit which tactics you can play, as well as rules for Tag Team and Three-Way matches.  I want to put in enough variety so you won’t get bored too quickly playing the same match over and over again.

WANNA TRY IT OUT?

If you’re interesting in giving the Wrestling Game a try, you can sign-up at FedWars.net and request to join my league, the COMBAT LEAGUE ASSEMBLY (my user name on FedWars is MookieBoots).

If you’re interested in Wrestling and/or creative writing, FedWars is a great place to check out anyway to get your fix.

Drop a comment below and contact me on Twitter about what you think about the game (or suggest a name for it!).  Questions and comments about e-fedding and fantasy wrestling in general are also welcome.

(Please take a moment to "Share" or "Like" this using those funny little buttons below.  We all live and die on our Internet love. You should also follow me on Twitter @CDGallantKing.  It’s what all the cool kids are doing.)
CD Gallant-King FedWars Game Design Kenny Omega Wrestling